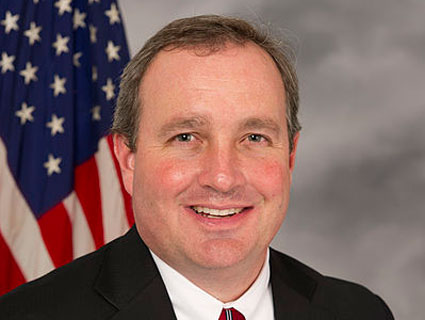 Rep. Jeff Duncan (R-S.C.), who enjoys an A rating from the National Rifle Association, took to Facebook on Thursday to warn Americans of the “evil consequences” of a national gun registry, comparing the dangers of expanded background checks to the Rwandan genocide.

Read about the Rwandan genocide, the Hutu and Tutsi tribes. Read that all Tutsi tribe members were required to register their address with the Hutu government and that this database was used to locate Tutsi for slaughter at the hands of the Hutu. (Since the government had the names and addresses of nearly all Tutsis living in Rwanda (remember, each Rwandan had an identity card that labeled them Tutsi, Hutu, or Twa) the killers could go door to door, slaughtering the Tutsis.

Not with firearms, mind you, but with machetes.

I use this example to warn that national databases can be used with evil consequences.

No lawmaker is proposing a national registry, which federal law has banned since 1986. The new compromise on background checks brokered by Sen. Joe Manchin (D-W.Va.) and Pat Toomey (R-Pa.) explicitly re-bans a registry, with a penalty of up to 15 years in prison for anyone who uses records from licensed dealers to create one.

In his Facebook message, Duncan also took a hard stance against a ban on assault weapons and high-capacity magazines: “To blame the firearm, or a certain size magazine, or type of ammo—for the tragedies that have occurred in this nation is like blaming the knife used to kill Nicole Brown Simpson or the machetes used to slaughter a million Tutsis in Rwanda.”

“Preying on the fears of the American citizenry is not good governance,” Duncan added.

At least he’s not invoking Hitler.