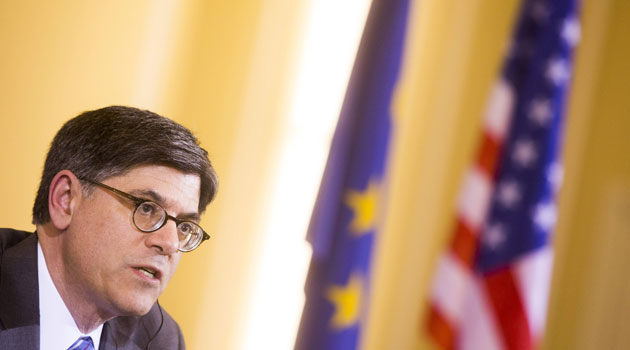 Last year, then-Treasury Secretary Tim Geithner slammed a series of bills that would have deregulated Wall Street banks. But this year, as a slate of nearly identical bills is being considered by the House Financial Services Committee, newly minted Treasury Secretary Jack Lew has declined to oppose them.

The bills are presented as technical fixes to the 2010 Dodd-Frank Financial Reform Act, which was aimed at preventing another 2008-style financial crisis. Most of them aren’t. One bill would allow certain derivatives that are traded among a corporation’s various affiliates to be exempt from almost all new Dodd-Frank regulations. Another measure would expand the types of trading risks that banks can take on. Yet a third bill would allow big multinational US banks to escape US regulations by operating through international arms. Etc. Etc.

The main problem with these bills, financial reform advocates say, is that it’s too early to tweak Dodd-Frank. Although the massive financial-reform law passed more than two years ago, all of its provisions must go to regulatory agencies to be crafted into rules before they take effect in the real world. Because of heavy industry lobbying to weaken or kill the regulations, two-thirds of the 400-odd rules are still not finalized. “You take the least controversial [bill], and it’s still pulling a thread out of a jacket,” says Jeff Connaughton, an investment banker-turned-financial reform advocate who worked with former Sen. Ted Kaufman (D-Del.) on financial reform legislation in 2009 and 2010. He says altering these sections of the law could make the whole thing fall apart. “Can we please get the rulemaking done first before we start pulling thread out of the sleeve?”

When many of the same bills were introduced in the last Congress, Geithner sent a letter to the House Financial Services Committee warning against the measures. The Dodd-Frank Act “provides essential financial reforms that should not be weakened or repealed,” he wrote:

When asked about Lew’s position on the bills and whether he would take a stand against them, Lew’s office had no comment. However, his spokesperson did point to recent testimony by a Treasury official who said, “Efforts to repeal the Dodd-Frank Act in whole or piecemeal…will…be corrosive to the strength and stability of our financial system.” But a Treasury official saying that a partial Dodd-Frank repeal would be bad does not carry the same weight as a letter from the Secretary of the Treasury that takes a stand against specific bills.

Financial reform advocates have said the administration has not done enough to defend Dodd-Frank. “This is a three-front war by Wall Street,” Connaughton says. “The administration needs to be standing up strongly on all three fronts and they’re not. They haven’t been supporting the agencies the way they should. They haven’t been giving the judicial battles the legal importance it deserves. They haven’t loudly stated Geithner’s position from April 2012, so they’re not fighting Congress.”

The seven bills sailed out of the House Agriculture committee in late March and are now being considered by the House Financial Services Committee. Last year, the similar bills cleared all the committees, but some never received a vote on the House floor, and they all failed to reach the Senate by the time the 112th Congress ended. As Bart Naylor of Public Citizen noted in April, the bills got an early start this time around, so the pressure on the Senate to take them up if they pass the House will be higher.