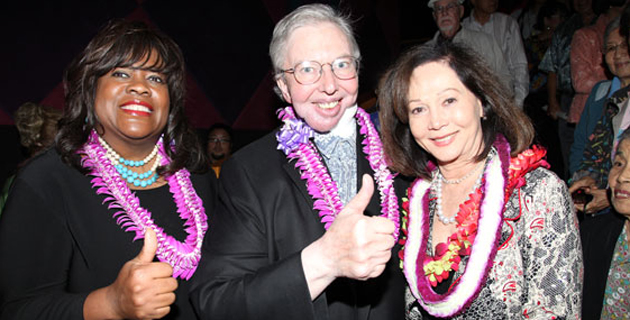 Chances are good that Roger Ebert, who died Thursday at age 70, was the first film critic you ever heard of. He was also the only one in recent memory to rate a eulogy from the White House: “For a generation of Americans—and especially Chicagoans—Roger was the movies,” President Obama said in a statement released Thursday afternoon.

Ebert’s decades as a critic in print and on television made him easily the most influential man in the business—and his ability to adapt in the rapidly changing landscape of news and media only made his dominance more evident. “A [Roger Ebert] tweet is worth as much traffic as a small Digg or YCombinator hit. Crazy. That’s some distribution power,” Atlantic editor Alexis Madrigal observed last August.

Ebert passed away just days after announcing a “leave of presence” to deal with a recurrence of cancer. In 2006, Ebert had a near-death experience during surgery to remove cancerous tissue; following that operation, he lost his ability to speak and part of his lower jaw. He’d recently expressed a desire to devote more time to writing about his illness.

Beyond his career as a Pulitzer-winning movie critic, Ebert was an author (I recommend his excellent 2011 autobiography), a raging liberal (especially via social media), and a screenwriter (he wrote the 1978 Sex Pistols film Who Killed Bambi? that was junked after financing fell through). When a figure of this caliber leaves us, they inspire a deluge of praise, listicles, and remembrances; I will leave it up to you to choose the most comprehensive or definitive.

But what I will remember Ebert for is this: It is rare for a man of his influence and fame to so gleefully and unabashedly embrace (and I write this with the greatest enthusiasm) cinematic trash. No snobbery, no pretentiousness, and absolutely no shame in indulging in guilty pleasure—that’s what impressed me the most about his criticism. His favorite films of all time were critically acclaimed gold mines like Werner Herzog’s beautiful and notorious Aguirre, the Wrath of God or the 2011 Oscar-winning Iranian film A Separation. But he had a soft spot for popular garbage: Remember that ridiculous and disposable Vin Diesel action flick from 2002—the one so groggily titled XXX? If you don’t remember, it’s the Vin Diesel movie where Vin Diesel goes snowboarding in an avalanche. Here’s an excerpt from Ebert’s loving, nearly four-star review:

If Bond is a patriot, [Diesel’s] Xander is a man who looks out only for No. 1, until Gibbons threatens him with prison unless he agrees to go to the Czech Republic and stop a madman with, yes, a plan to destroy and/or conquer the world. This villain, named Yorgi (Marton Csokas), apparently lives in the Prague Castle, which will come as a surprise to President Vaclav Havel. He’s a renegade officer of the evil Czech Secret Service; the movie doesn’t seem to know that the Cold War is over and Czechs are good guys these days, but never mind: The movie was shot on location in Prague, part of the current filmmaking boom in the republic, and the scenery is terrific.

Is “XXX” a threat to the Bond franchise? Not a threat so much as a salute. I don’t want James Bond to turn crude and muscular on me; I like the suave style. But I like Xander, too, especially since he seems to have studied Bond so very carefully. Consider the movie’s big set piece, totally in the 007 tradition, when Xander parachutes to a mountaintop, surveys the bad guys on ski-mobiles below, throws a grenade to start an avalanche, and then outraces the avalanche on a snowboard while the bad guys are wiped out. Not bad. Now all he has to work on is the kissing.

That’s what did it for me: An earnest, glowing review of an inconsequential popcorn flick, and laced with political observation and a modest wit. Ebert’s flair for this sort of thing lasted right up until the very end. And it’s just one of the reasons why he is already sorely missed.