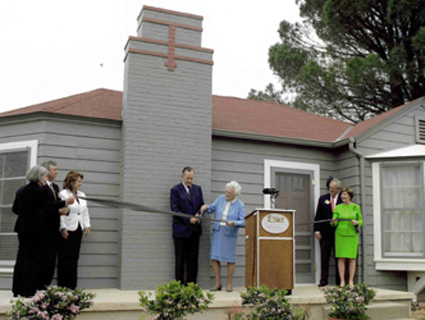 President George W. Bush gutted environmental standards, ignored the threat of climate change, and presided over a scandal-plagued Department of the Interior*—making him a natural choice to be the central focus of America’s next national park.

The reconnaissance survey “will merely examine whether the site is worthy of inclusion,” Conaway said Monday in a statement.

Conaway of Midland requested the study “on behalf of proud Texans who wish to see the home of two American presidents elevated to national status and become part of the National Park System” in an Aug. 27 letter to now outgoing Secretary of the Interior Ken Salazar.

It’s not as ridiculous as it sounds. President Bill Clinton’s childhood home in Hope, Ark. was officially dedicated as a national park in 2011. Even James Buchanan, who is held in even worse esteem among historians than Bush, has a place of honor in Lancaster, Penn. And Bush’s home in Midland has already been converted into a private museum. The museum is currently looking for someone to donate a vintage washing machine, and even has an online store which sells marbles, for some reason: 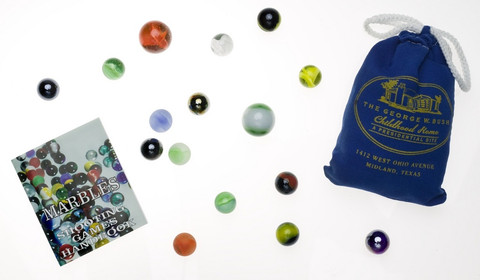 In that light, the George W. Bush National Park is probably inevitable. But look on the bright side: This would be the perfect place to display those paintings.

*In fairness, this describes the Department of the Interior for most of its existence.