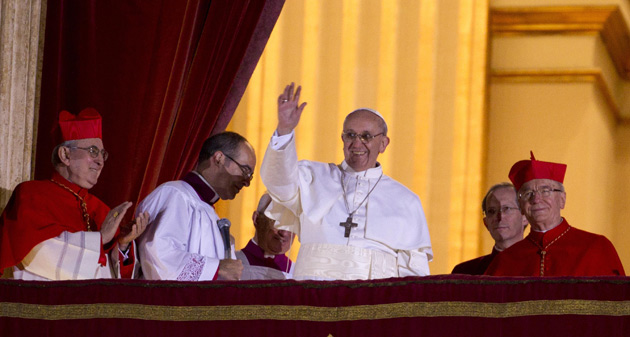 It’s still much too early to say what the election of Pope Francis will mean both for the Catholic Church and for the world. Unsurprisingly, the cardinals elected a man known for his orthodoxy on cultural issues such as gay marriage and abortion. The leadership of the church remains unwaveringly orthodox, especially on the matter of abortion. Thus, focusing on Pope Francis’s social conservatism is mostly unhelpful. If the cardinals had elected a pro-choice pope, that would have been real news.

What is interesting, however, is that Pope Francis is Argentine, making him the first non-European pope to be elected in more than a millennium. He’s also a Jesuit, which is perhaps even more surprising than his nationality.

“Perhaps for the first time in modern times, the global outlook of the church is reflected at the highest level of the church,” Rev. Agbonkhianmeghe Orobator, an East African Jesuit, told the National Catholic Reporter.

Jorge Mario Bergoglio took the name Francis, almost certainly naming himself after Francis of Assisi. Remarkably, in spite of Saint Francis’ popularity inside and out of the church, this is the first time a pope has taken the name. Like St. Francis himself, Bergoglio is known for his simple lifestyle and personal humility.

(It’s possible also that he named himself after Francis Xavier, the first Jesuit missionary, though if that were the case it seems more likely he would have chose the full name Pope Francis Xavier rather than merely Pope Francis.)

What’s interesting to consider about these smaller details is what they could mean for the direction of the church with regard to the world’s poor. That the church chose a man from South America indicates that the Catholic leadership is realizing how important that part of the world is becoming to the church. That they chose a Jesuit who is deeply committed to issues of poverty means that this pope’s reign could be defined by economic issues.

“With the election of Pope Francis, we are certain that this Papacy will strongly state that our economy exists for the common good,” Eric LeCompte, executive director of Jubilee USA, said of the new pope. “Clearly, with Cardinal Jorge Bergoglio’s history, Pope Francis will be a strong voice that our economy must serve and protect the most vulnerable. This Pope will stand up for the rights of poor people, migrants, and workers.”

While that remains to be seen, there is reason to believe that Pope Francis could align with progressives more than conservatives when it comes to global economic issues. That would be in the tradition of the Jesuit wing of the Catholic church, which historically aligns with the left on matters of social justice while maintaining a more orthodox social conservatism. Pope Francis already appears to be more committed than most to issues of poverty and economic justice.

And that seems particularly relevant now: In an era defined by economic hardship and collapse in which the fires of austerity have burned their way across Europe, it might be a very good thing—not only for the world’s poorest nations—to have a pope who, at least at first blush, appears to be an opponent of the politics of austerity.