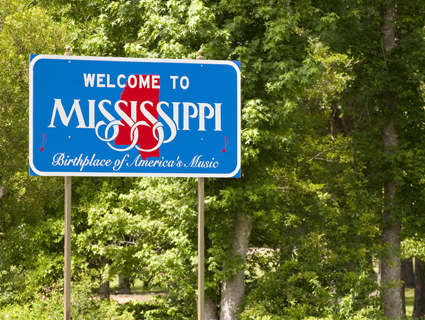 As Mississippi continues its efforts to close the state’s last remaining abortion clinic, the governor’s office is also trying to stack the Board of Health. On Wednesday, Gov. Phil Bryant (R) nominated Terri Herring, the national director for the Pro-Life America Network, to serve as the newest board member.

This news, via Robin Marty at RH Reality Check, is perhaps unsurprising, given Bryant’s previous promise to “end abortion in Mississippi.” But it’s also worth noting that Herring, a pro-life lobbyist, “apparently has no medical background,” according to the Jackson Free Press.

Almost a year ago Bryant’s lieutenant governor, Tate Reeves, blocked the nomination of Dr. Carl Reddix to the Board of Health. Reeves’ office argued that Reddix was not “a qualified doctor” because he had been associated with Jackson Women’s Health, the state’s lone abortion provider. Reddix has never provided abortions there; he was only affiliated as the “physician of record” who could admit women to the hospital in case of an emergency.

The reality in Mississippi, he said, is that anyone even remotely associated with abortion gets marginalized.

I met with Dr. Reddix while I was in Jackson last year. Former Gov. Haley Barbour, who is a strident abortion opponent, had nominated Reddix to the board before leaving office. If he’d been confirmed, Reddix would have been the only black doctor on the board, in a state that is 37 percent African American, and the only obstetrician-gynecologist.  “It was the only reason I even agreed to serve, was that voice needed to be present,” Reddix, a middle-aged man who exudes a certain Southern calm, told me.

Reddix wasn’t mad, just frustrated. “I was just a sacrificial lamb for him to earn some political points with his perceived base constituency,” he says. The reality is Mississippi, he said, is that anyone even remotely associated with abortion gets marginalized.

It was also rather interesting to bar Reddix’s nomination because of his relationship with JWHO, given that the state had just passed a new rule requiring all doctors who provide abortions to have admitting privileges at a local hospital. Anti-abortion lawmakers insisted that this was not a back-door means of shuttering JWHO, and it was about women’s safety. But there was already a law on the books requiring the clinic to have a doctor on-call to admit women in the rare event of complication, it just did not previously have to be the doctor who provided the abortion. Reddix served as that doctor for the clinic, and he was pushed out of the board doing so.

Adding Herring to the board of health instead leaves little doubt about the governor’s motivations.