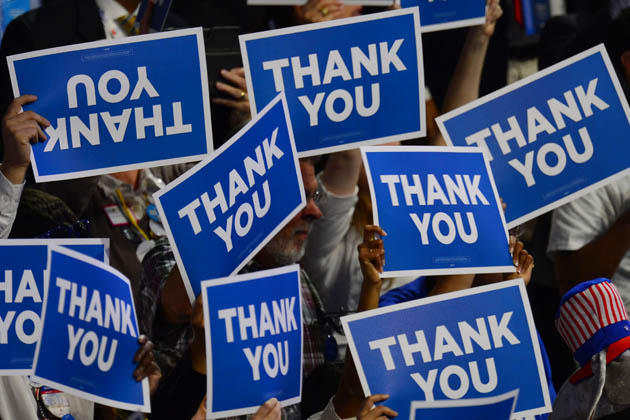 Last summer, with organizers struggling to raise enough money for the Democratic National Convention in Charlotte, North Carolina, party planners turned to Duke Energy, headquartered in Charlotte, for help. Duke, the nation’s largest utility company, stepped up with a $10 million line of credit for the convention. Organizers insisted Duke would be repaid after the convention.

A Duke Energy official told the Charlotte Observer on Thursday that Democratic officials would not repay the $10 million they owe the company. Instead, Duke Energy will write off the loan as a business expense. Shareholders are expected to absorb $6 million of the cost of the loan.

In effect, Duke Energy’s “loan” has turned out to be a $10 million contribution to the Democratic convention. Duke CEO Jim Rogers hinted at this possibility in an interview with the Observer last month, when it was becoming clear the Democrats might not repay the company. “At the end of the day, we’ll do our best to get our money back,” he said. “But if we don’t, it’s just a contribution we’re making I think for the greater good of our community.”

The decision by Democratic organizers not to repay the loan smacks of hypocrisy. In the run-up to the convention, Rep. Debbie Wasserman Schultz (D-Fla.), the chair of the Democratic National Committee, vowed that convention organizers would not accept corporate money. “We will make this the first convention in history that does not accept any funds from lobbyists, corporations, or political action committees,” she said. Yet even before the Duke loan became a straight-up donation, various convention committees revealed that they had accepted corporate money. One committee took in at least $5 million in corporate money to rent Charlotte’s Time Warner Cable Arena and a million more in in-kind contributions from AT&T, Bank of America, Coca-Cola, Microsoft, and Costco.

Asked about this hypocrisy, Democratic officials have responded by noting that their anti-corporate-cash pledge was self-imposed. Legally, they could use corporate money to fund their convention. Which, in the end, is precisely what they did.