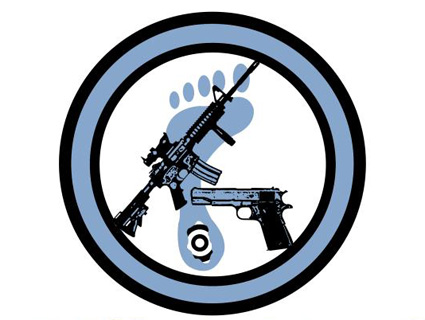 Concealed-carry laws are not the only controversy to hit college campuses since the recent wave of mass shootings sparked a national debate about guns. Last week, the student congress of the University of North Carolina-Chapel Hill passed a bill making it harder for the school’s Tar Heel Rifle and Pistol Club to use student government funds to buy ammunition. The vote prompted a lawsuit within the school’s student supreme court, while the Young America’s Foundation, a national group promoting conservative politics on college campuses, charged that students with liberal views on guns had improperly targeted the gun club.

Some universities explicitly ban funding of both guns and ammunition, but the UNC student code (PDF) is mixed on the issue: It prohibits the use of student funds to purchase firearms (although they “may be rented or leased”), but it exempts ammo. In the wake of the Newtown massacre, that concerned Austin Root, the student representative who wrote the new bill, which puts tighter restrictions on student funding of ammo.

Some university gun clubs leave it up to students to foot the bill for their guns and ammo. At Ohio State University, which last weekend hosted the NCAA Division I rifle championship, the student pistol club is “primarily self-funded and does not purchase either firearms or ammunition using OSU funds due to the large amount of ammo we go through,” according to club treasurer Zak Baer. A new rifle and pistol club at the University of Maryland operates the same way. The Ohio State club, on the other hand, receives grant money from the Newtown-based National Shooting Sports Foundation, which provides a total of $300,000 to help universities establish or grow their gun clubs but recommends that students purchase their own guns and ammo (PDF).

Kurt Mueller, PR director of Students for Concealed Carry, said he didn’t know of any university clubs buying ammo with student activity fees, a portion of which go into the coffer for student funds at UNC. “But if a college makes funds generally available for club expenses then it sounds okay to me,” he said. “Mere personal dislike is not sufficient basis to prevent people from engaging in law-abiding activity when they are not causing disruption to campus.”

The Young America’s Foundation insists that Root’s actions at UNC amount to “discrimination.” The group posted a Facebook conversation from last October in which Root wrote, “I don’t think [ammo is] an appropriate use of student funds.” Root counters that his goal was to comply with the student code with regard to funding, and to account for safety and liability concerns about the ammo. “It’s stored off-campus at someone’s house, and if someone breaks in and uses it for a mass shooting” people might consider those who approved the funds to be at fault, he explained. (Gun safety has long been a concern of members of the UNC student congress; in 2006, a bill was introduced to ban the funding of guns and ammo because they were said to “constitute a significant potential University liability.”)

That mass shooting hypothetical, said Grant Anastas-King, president of the Tar Heel Rifle and Pistol Club, “is a wild accusation made by these people that disagree with us that say some crazy person is going to come to campus and shoot us.” The rifle and pistol club, Anastas-King added, doesn’t use the assault weapons or high-capacity magazines commonly used by mass shooters. (Apparently that’s despite the semiautomatic rifle shown in the group’s logo.) Instead, he said, they use .22-caliber rifles and pistols and “promote gun education and gun safety before anyone goes out to the range,” where certified instructors offer additional safety training.

Anastas-King has sought ammo funds for his club from student congress for the past three years, but he declined to say how much ammo his group has used or how it was purchased.

Meanwhile, Root has received harassing messages, ostensibly from supporters of the gun club who dislike his bill. “Such disregard for the sanctity of the collegiate justice system will not be tolerated,” one anonymous email warned.

Does your state allow concealed guns on college campuses? Hover over an individual state for further details. (And read more here.)