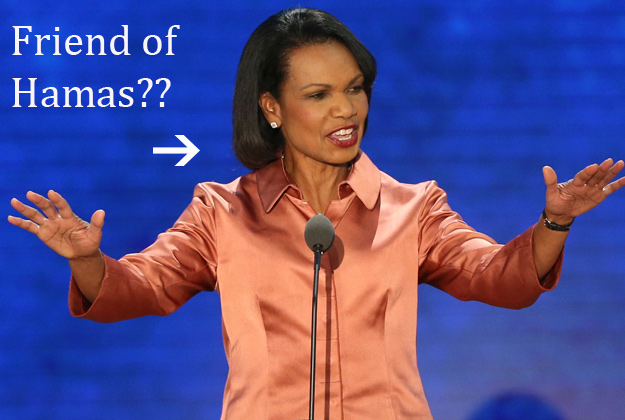 Breitbart News editor-at-large Ben Shapiro created a bit of a stir last week when he alleged that Sen. Chuck Hagel, President Obama’s nominee to be the next secretary of defense, may have ties to an organization called “Friends of Hamas.”

On Wednesday, after reporters at mainstream publications could find no evidence of any such organization even existing, Shapiro* Breitbart News doubled down: “The mainstream media have ignored the fact that at least one prominent supporter of Hamas has donated money to an organization associated with former Sen. Chuck Hagel (R-NE)—namely, the Atlantic Council, which receives support from the Hariri family of Lebanon, whose most prominent member, former Lebanese prime minister Saad Hariri, publicly backs Hamas.”

The Atlantic Council is, like many such vaguely named D.C. institutions, a repository for pretty much anyone who has ever held a high-ranking foreign policy position in the federal government. If Shapiro is correct, Hagel should be the least of our worries; every administration since the 1960s has been corrupted by Hamas:

Condoleezza Rice: Bush’s second secretary of state—and Atlantic Council honorary director—hid her connections to Hamas by refusing to negotiate with it.

William Webster: The only man to ever helm the CIA and the FBI, Webster served under Presidents Carter, Reagan, and George H.W. Bush and is an honorary director at the Atlantic Council.

James A. Baker, III: An honorary director of the Atlantic Council, Baker served as a chief of staff for Presidents Ronald Reagan and George H.W. Bush.

James Woolsey: President Bill Clinton’s CIA director is a member of the Atlantic Council’s board of directors. You may have seen him at Big Journalism’s sister Breitbart publication, Big Peace.

William H. Taft, IV: “Get on the raft with Taft” was the campaign slogan of this Council director’s great-grandfather. You know who else used rafts?

Henry A. Kissinger: President Richard Nixon’s Secretary of State sits on the Atlantic Council board of directors, when he’s not busy mentoring Sarah Palin on foreign policy and blaming Hamas for obstructing the peace process.

Rupert Murdoch: Murdoch was the winner of the Atlantic Council’s 2008 “Atlantic Council Leadership Award,” and is CEO of some small, locally-sourced media co-op you probably haven’t heard of. He previously expressed his support for Hamas by accusing the “Jewish-owned press” of being “consistently anti-Israel.”

Fortunately, opponents of Hagel have settled on an alternative who could presumably be confirmed without much of a fight: former undersecretary of defense Michèle Flournoy. Even former Rep. Allen West (R-Fla.), who sees the threat of terrorism around every corner, supports Flournoy.

The catch: Flournoy sits on the Atlantic Council’s board of directors, too.