A paltry 1.2 percent of headlines in prominent media outlets focus on environment. That’s the depressing finding from a study out today that surveyed headlines from 43 news and related organizations between January 2011 and May of 2012. Interestingly, Fox News devoted significantly more time to covering the environment, including healthy doses of climate change-denial, than did MSNBC and CNN: 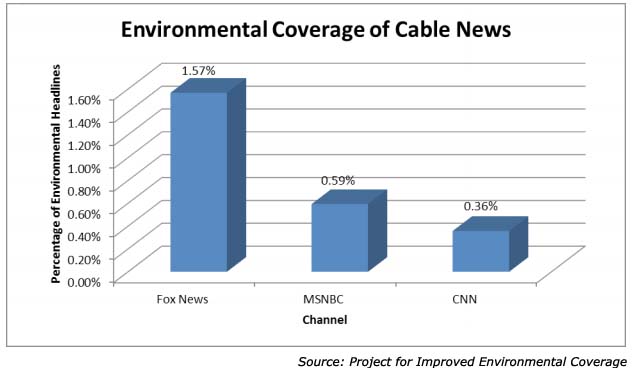 A caveat: “Fox News is often criticized for having a blatant anti-environment bias,” the study notes, adding that “quantity is not a proxy for quality of coverage on this issue.” (The study used very similar methodology to Pew’s Project for Excellence in Journalism, and didn’t discriminate between biased and unbiased or misleading environmental news.)

What did most news outlets focus on? Crime and celebrities, mostly:

Notably, local newspapers were the only category of outlet that spent more time covering the environment than entertainment. On major newscasts (ABC, CBS, NBC, CNN, and Fox), LeBron James and other entertainment figures got far more mentions than most environmental issues. Even Donald Trump, arguably the topic America is most sick of hearing about, snagged almost 20 times as many headlines as fracking: 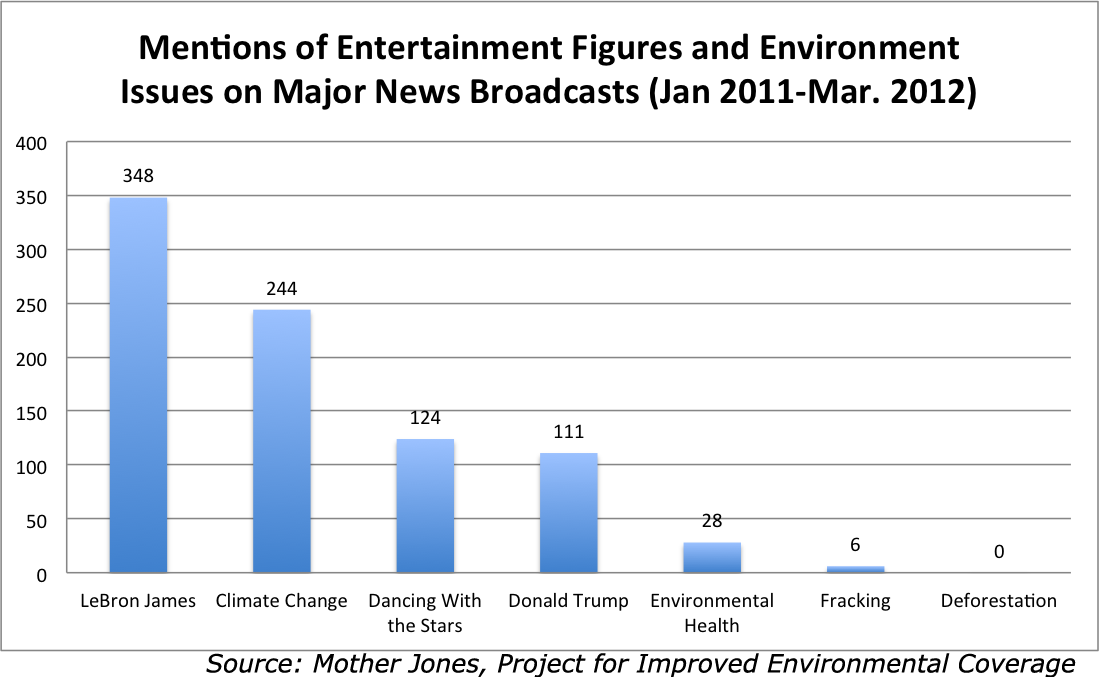 Among online news outlets, Huffington Post had the highest overall percentage of stories about the environment—about 3 percent in all. (Mother Jones was not included in the study sample.) 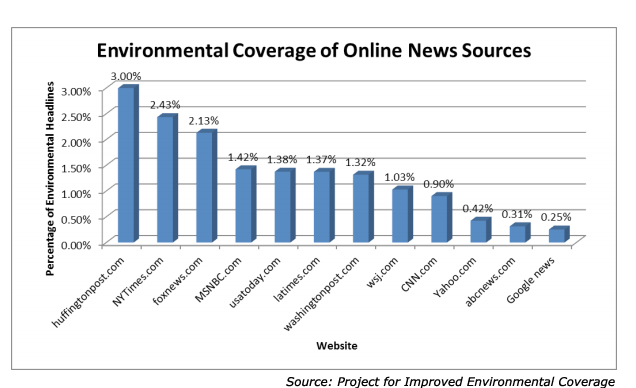 The findings are especially frustrating when you consider the recent finding that nearly 80 percent of Americans would like to see more coverage of environmental issues.