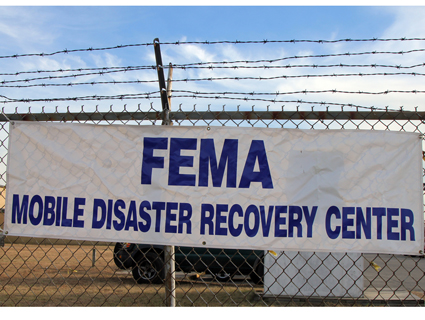 Every two years, the Government Accountability Office—the independent agency charged with keeping an eye on how Congress spends our money—releases a list of programs and issues that present a high risk for fraud, waste, abuse, and mismanagement. This year, for the first time, the agency added climate change planning and response to the list—a reflection of the fact that the agency sees climate as a big fiscal risk for the US.

The GAO only added two new areas to its list this year that it believes creates risk. Climate change was one of them, along with the gaps in our weather satellite program. Here’s how the GAO summed up the risks:

Mitigating Gaps in Weather Satellite Data. Potential gaps in environmental satellite data beginning as early as 2014 and lasting as long as 53 months have led to concerns that future weather forecasts and warnings—including warnings of extreme events such as hurricanes, storm surges, and floods—will be less accurate and timely. A number of decisions are needed to ensure contingency and continuity plans can be implemented effectively.

On climate, the full report notes that the federal government was asked to pay out $60.4 billion in recovery funds for Hurricane Sandy alone. That’s just part of an overall trend in increased disasters in the US that the GAO flags—including a record 98 disaster declarations in fiscal year 2011, up from 65 in 2004. The Federal Emergency Management Agency (FEMA) was on the hook for more than $80 billion in federal assistance between 2004 and 2011. And the federal government owns or insures a lot of at-risk property, in addition to managing 29 percent of the total land in the US.

The whole idea of the GAO list is to identify problem areas and try to fix them, so that we’re not wasting money in the future. But the GAO notes that, since it started the list in 1990, only one-third of the issues it flagged have been addressed to the point that they could actually be removed from the list.