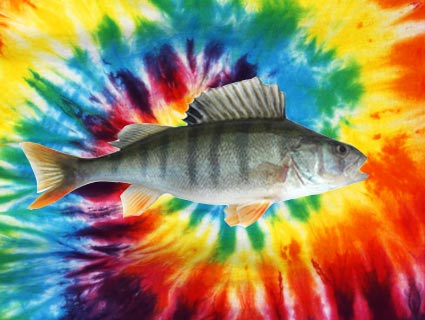 Human anti-anxiety meds are making fish tweak out, according to a study published in the latest issue of Science.

No, this has nothing to do with the small, but dedicated group of pet-owners who try to blow pot smoke into their animals’ faces (or bowls). On a larger scale, researchers have shown that highly-medicated humans and farms are regularly dosing fish through treated wastewater in rivers and streams, and with everything from antidepressants to estrogen. This paper, however, shows that fish respond in a very curious way to benzodiazepines, a class of drugs that includes meds like Klonopin, Xanax, and Valium, and one of the most popularly prescribed and abused drug types in the world.

After the four Swedish researchers involved discovered concentrations of oxazepam, a benzodiazepine, in Swedish surface waters, they decided to see how fish reacted to the meds. The scientists found that perch exposed to wastewater tainted with low and high concentrations of the drug—amounts mimicking both initial exposure and potential accumulation in fish tissue over time—showed significant changes in behavior: The fish became less social, more active, bolder, and scarfed down zooplankton faster and earlier than the control group. In other words, the fish got stoned.

The bad news is that asocial fish fixing for munchies can have serious, “ecosystem-level consequences,” according to the study. Populations of fishy stoners gobbling up all the food and swimming curiously towards predators could upset the food chain equilibrium, though study authors aren’t quite sure what the net outcome might be. Plus, this testing doesn’t cover how fish on benzos might react to all the other pharmaceuticals in the water—and what additional ecological and toxic consequences could come of that combined exposure. These drugs, things like anticonvulsants and medication used to treat high cholesterol, commonly show up in surface water as a result of treated human waste, or when folks flush meds down the drain.

The study’s authors also made note that they tested just one kind of benzodiazepine and saw major behavioral changes; the additive effects of multiple benzodiazepines on fish are unknown. There’s reason to suspect that the Swedish waters they tested, which reported rates of benzodiazepine contamination comparable to American water sources, would see a cocktail of these anti-anxiety drugs, especially as prescription rates are on the rise. Benzodiazepines are also addicting and regularly misused: In the past decade in the United States alone, the number of substance abuse treatment admissions sought for benzodiazepine and pain med addictions more than quintupled.

Pharmaceuticals in the water are not currently regulated, but the FDA recommends take-back programs for prescription meds to avoid environmental contamination—an initiative that Big Pharma has fought in California. In the meantime, researchers at the EPA are attempting to keep close tabs on what happens to fish on drugs, having recently expanded a research program to collaborate with several other federal agencies.