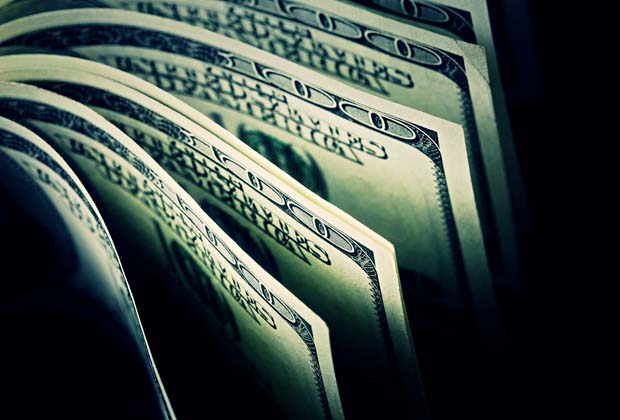 Some of the nation’s biggest corporations donated more than a million dollars to launch a Republican nonprofit that went on to play a key role in recent political fights.

Like the nonprofit groups that poured money into last year’s elections, the decade-old State Government Leadership Foundation has been able to keep the identities of its funders secret. Until now.

A records request by ProPublica to the IRS turned up a list of the original funders of the group: Exxon, Pfizer, Time Warner, and other corporations put up at least 85 percent of the $1.3 million the foundation raised in the first year and a half of its existence, starting in 2003.

The donor list is stamped “not for public disclosure,” and was submitted to the IRS as part of the foundation’s application for recognition of tax-exempt status. If approved, such applications are public records.

The foundation and other similar nonprofits are allowed to take anonymous and unlimited donations from individuals or corporations. That’s because they are classified as “social welfare” nonprofits, which are supposed to benefit the community at large, and not just one group or political party.

In recent years, the foundation has also funded TV ads targeting Democrats during the 2011 Wisconsin showdown over collective bargaining rights; attacking President Obama in Virginia over his energy policy; and accusing teachers unions of “destroying our children’s future.”

The foundation also gave $1.25 million in 2011 to the Indiana Opportunity Fund, a state-level nonprofit that ran anti-union ads featuring Republican Gov. Mitch Daniels. (That group was founded by attorney Jim Bopp, who has long fought against campaign finance regulation.)

The foundation’s single-biggest early donor was the now-defunct mortgage lender Ameriquest, which gave more than $260,000. (We contacted a number of the companies on the list; they did not respond to requests for comment.) Corporate trade associations including the Pharmaceutical Research and Manufacturers of America, the Edison Electric Institute, and the American Tort Reform Association also pitched in, each giving between $50,000 and $100,000.

The foundation’s affiliated organization, the Republican State Leadership Committee, focuses on winning state-level elections for the GOP and also gets corporate money, including from tobacco and insurance giants. As an explicitly political organization, the committee has to disclose its donors.

By contrast, the recent funders of the foundation, which took in $2.5 million in 2011 including a single donation of $1 million, are still secret.

The foundation applied for IRS recognition as a social welfare group in late 2003 but was initially rejected. The IRS concluded the foundation was “a partisan organization” that “operated primarily for the benefit of a select group” – the GOP. Social welfare groups, the IRS’ rejection letter noted, must promote the “general welfare of the whole community” — not a particular group.

The foundation’s lawyers from the firm Arent Fox fired back in an appeal, arguing that the foundation was not a partisan outfit.

The foundation, according to the 2005 appeal, “was created to promote public debate” about issues including pharmaceuticals, securities regulation, and asbestos litigation.

“It may be useful to describe what the SGLF is not,” the appeal says. “The SGLF:

• Is not affiliated with the Republican Party in any way;

• Does not meet with or coordinate its activities with the Republican Party;

• Does not participate in political campaigns, elections or publish electioneering messages on behalf of any candidate or party;

• Does not invite Representatives of the Republican Party to speak at its events, and

In 2007, more than three years after the foundation’s application, the IRS ultimately recognized it as a tax-exempt social welfare group.

But the group’s protestations that it has nothing to do with the GOP seems at odds with its recent activities. Besides running ads attacking Democrats, the foundation was involved in redistricting in several states to, as the foundation put it in a letter to Republican legislators, draw “legislative lines that we will have to defend in 2012 and beyond.”

Foundation spokesperson Jill Bader told ProPublica that since its creation the foundation’s “activities have evolved in some ways from those that were originally contemplated and conducted by the organization.”