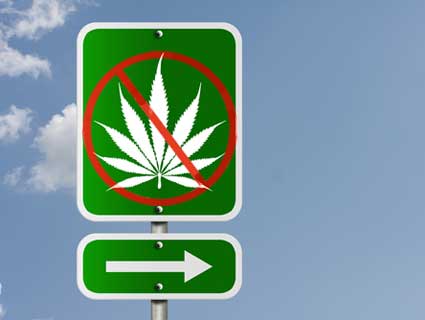 If you smoke marijuana in California, there’s a chance you may have to wait a week or more before you can drive legally. A bill introduced last week by state Senator Lou Correa, a Democrat from Anaheim, would make it illegal to get behind the wheel if your blood contains “any detectable amount” of cannabis—a drug which, unlike alcohol, can persist in the blood of its users for a week or more after the psychoactive effects have worn off.

“This bill would effectively outlaw EVERY driver who has within recent hours or days used marijuana,” California NORML director Dale Gieringer told the East Bay Express.

Strict traffic laws are fast becoming the new front of the war on drugs. Ten states already impose zero tolerance requirements on pot smokers who get behind the wheel. Another four, including Washington, where pot is now legal, set a blood limit for THC, the active ingredient in cannabis, at a level low enough to convict some drivers who aren’t actually stoned.

Studies suggest that drivers with any amount of cannabis in their blood are on average twice as likely as drug-free drivers to cause an accident. But they’re far less dangerous than drinkers, who cause accidents at nine times the rate of sober drivers. So if Correa really wants to prevent traffic accidents, he might want to worry less about someone who was high a week ago than that guy who just tossed back a few Miller High Lifes.