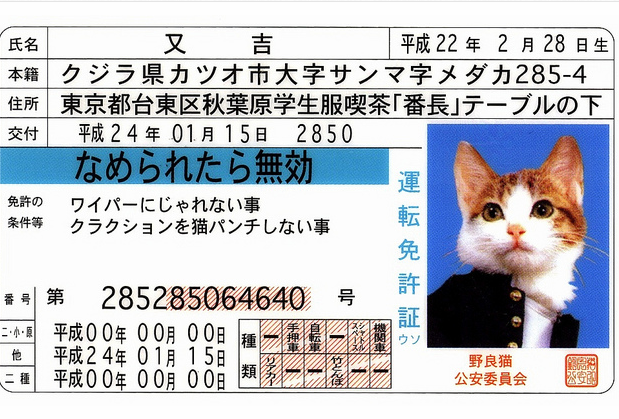 Last year, when I tried to use my (perfectly legal, thank you) Montana state driver’s license to enter a bar in Washington, DC, the bouncer rejected it on the basis that “no real ID would have bear holograms.” Actually, in the Big Sky state we do—but the guy was on to something: Montana is one of 37 states still defying the Real ID Act of 2005, a Bush-era law intended to fight terrorism by standardizing security requirements for state IDs. The Department of Homeland Security was forced to grant yet another extension last month for states that haven’t complied with the law. But experts say the delay doesn’t mean the Obama administration is backing off the controversial security requirements.

In order to comply with the Real ID Act, states must obtain from you, at minimum, photo identification, your birth certificate (or other date of birth verification), your social security number, documentation of legal status, and proof of your home address. State IDs that don’t comply with these security requirements are supposed to be barred from airports and federal buildings, although DHS hasn’t enforced that yet. More controversially, the law requires that states make this personal information sharable to other states, in a de facto database that could be easily accessed by the federal government. But as Chris Calabrese, legislative counsel at the American Civil Liberties Union, explains: “That hasn’t really happened, the database never got built. But the federal government still has the legal tools to access this information.”

“The Real ID Act is a loser every way you slice it,” Jim Harper, director of information policy studies at the CATO Institute, tells Mother Jones. “But this is the first time DHS is only extending its deadline for certain states. They could be positioning themselves to actually start enforcing this against states like Montana that don’t have a lot of people and don’t have a big airline industry.”

But Homeland Security Janet Napolitano—who herself was was critical of the law as Arizona governor—might have a fight on her hands. At least sixteen states have actually passed legislation rejecting the law, and DHS estimates it will cost states a minimum of $3.9 billion to implement over ten years.

Calabrese tells Mother Jones that though some of the privacy advocates’ worst fears about REAL ID—like a giant database of personal information—haven’t been realized, other concerns remain. States following the law must require home addresses on your license, “which can be a nightmare for victims of abuse.” States that scan and store personal documents online as required by the law (although in 2008 an exception was made for birth certificates), are also “leaving personal information floating around for identity theft,” Calabrese adds.

The law does have its defenders, who argue that these security requirements make US borders more secure from foreign terrorists and undocumented immigrants (which are not infrequently lumped together in discussions of the Act.) Jessica Zuckerman, research associate at the Heritage Foundation, argues that “the Real ID Act is enhancing security at the DMVs and secure databases prevent fraud.” My colleague Kevin Drum has written about how a national ID could help end the voter fraud controversy, but points out that Real ID still leaves us with “50 different cards managed by 50 different bureaucracies.”

For Marc Rotenberg, executive director of the Electronic Privacy Information Center (EPIC), the key concern is that “because of Real ID, states are collecting far more information about you than they have in the past.” That information is sometimes shared with commercial data-miners. EPIC has also submitted a friend of the court brief to the Supreme Court in a case challenging lawyers’ use of personal information obtained from DMVs to find potential clients for group action lawsuits. EPIC is arguing that the court should limit states from disclosing such information.

But even though Real ID has proven unpopular with Democrats and Republicans alike, don’t expect it to disappear. “No politician is going to step up and say we need to get rid of this loser because they don’t want to look bad on security,” says Harper. So, if you’re dead set on keeping your information to yourself, you might do what my bear-hologram license has forced me to do: Don’t drive, and bring your passport to happy hour.