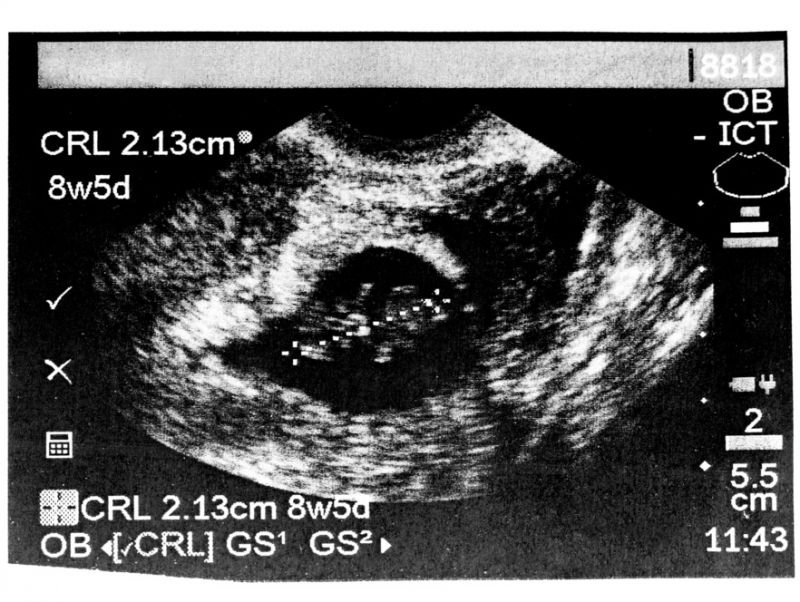 Arkansas is the latest state to advance legislation that would significantly limit the time period in which women can legally obtain an abortion. On Wednesday, the state Senate’s Public Health, Welfare and Labor Committee approved a bill that would outlaw an abortion if a doctor can detect a fetal heartbeat—which can occur as early as six weeks into gestation.

Senate Bill 134 amounts to a near-total ban on abortion, as it often takes women six weeks to realize they are pregnant at all (especially when the pregnancy is unplanned). It would also cut off access to abortion well before fetal abnormalities or other conditions are apparent. More to the point, even finding a heartbeat that early in a pregnancy requires sticking a probe inside the woman’s vagina. This is basically Transvaginal Ultrasounds: The Sequel, except far worse, since it would deny a woman the right to have an abortion after having a plastic wand shoved inside her.

While the bill states that it would not subject women seeking an abortion to criminal charges, it would be a felony offense for any doctor to perform an abortion when a heartbeat is detectable. Sen. Jason Rapert, a Republican, says the bill is necessary because “[w]hen there is a heartbeat there, you have a living human being.”

Ohio lawmakers drafted a “heartbeat bill” back in 2011, but it did not pass. This time, Arkansas lawmakers have taken the added step of declaring the bill an “emergency measure,” which would give it the force of law on the date the governor signs it. It stands a decent chance of passing, as Republicans took control of both the House and Senate this year. The Democratic governor, Mike Beebe, has a mixed review from abortion rights group NARAL Pro-Choice America.