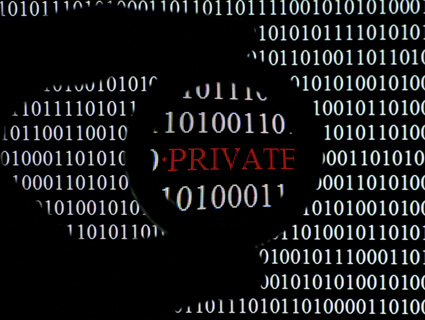 The US government’s warrantless surveillance powers largely remain a mystery, even to most of the members of Congress who are set to reauthorize them this week. A small group of senators, however, is planning to introduce a handful of amendments to the Foreign Intelligence Surveillance Act Amendments Act that would pull back the curtain on the program.

“When they passed [changes to the law] in 2008, they were going to get information and watch closely and do oversight,” says the ACLU’s Michelle Richardson. “Here we are four years later getting ready for a vote, and there’s no information in the public realm about how this works.”

The Republican-dominated House reauthorized the FISA Amendments Act in September with a lot of bombast from defenders who claimed that the law does not allow spying on American citizens. Not true: It states that Americans can’t be targeted, but it permits the government to collect communications between Americans and overseas targets suspected of involvement with terrorism. (The NSA once ended up with former President Bill Clinton’s emails). Congress retroactively legalized the Bush administration’s warrantless spying program in 2008, with the support of then-Sen. Barack Obama, who promised to reform the program as president. That hasn’t happened. Civil liberties organizations have tried to challenge the law as unconstitutional, only for the government to argue that they cannot sue because the program is so secret that the plaintiffs can’t prove it affects them.

Now, a handful of senators are working to amend the bill to ensure that Americans are less likely to be spied on without a warrant and that the government discloses more information about how broad its surveillance powers truly are. Among them are Sens. Jeff Merkley (D-Ore.), Jon Tester (D-Mont.), Mark Udall (D-Colo.), and Ron Wyden (D-Ore.). Wyden has told the Senate leadership he will lift his months-long hold on the bill in exchange for a limited debate on the outstanding issues with the surveillance bill that the amendments are meant to address. The law will expire in the next few weeks.

There are four big changes these lawmakers are pushing for:

What’s unclear, however, is how many of these amendments will actually get a vote. The only attempt to force greater transparency that is guaranteed a vote is a proposal by Judiciary Committee chairman Sen. Patrick Leahy (D-Vt.); the measure would force the government to disclose a public, unclassified summary of the secret reports it sends to select members of Congress every year about how the surveillance program actually works. (Leahy’s amendment is only guaranteed a vote because of a technicality in the Senate rules related to the judiciary and intelligence committees’ jurisdiction over the bill.)

The reform proposals are all pretty simple: Don’t spy on Americans (which the government claims it’s not doing anyway), tell Americans how much the government has spied on them in the past, and explain to the American people exactly how much authority the government believes it has to spy on its own citizens without a warrant. For a Congress bubbling over with Republican anti-big-government crusaders and Democrats who slammed Bush for shredding the Constitution, that ought to be an easy sell, right?