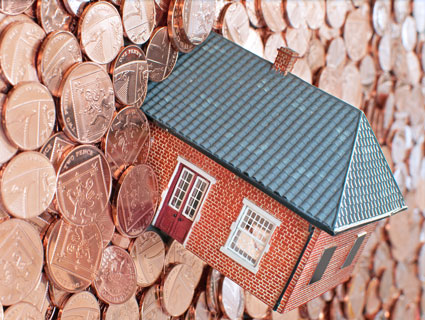 Remember when Wall Street got $700 billion after destroying the economy, and the tens of millions of people who took out crappy home loans didn’t? Well, homeowner problems didn’t go away. And though the Obama administration has a pretty abysmal record of assisting homeowners so far, the president could soon make his biggest move yet to help them—by replacing the housing agency head who has blocked attempts to write off some Americans’ mortgage debt.

Prominent economists say cutting home loan balances is the single most important thing the administration could do to revive housing, but Obama and Co. only recently began to heed this advice. Treasury Secretary Timothy Geithner regularly blocked efforts to use TARP bank bailout funds for a mortgage relief program that could have had a real impact on the economy. In 2009, Geithner invoked “moral hazard,” claiming that reducing Americans’ mortgage debts would incentivize delinquency.

After years of public outcry for the administration to do more for troubled borrowers, and as the sluggish economic recovery stumbled along, Geithner and Obama flip-flopped. A year ago, the president asked Ed DeMarco, the acting director of the Federal Housing Finance Agency, which is charged with overseeing the government-supported home-loan giants Fannie Mae and Freddie Mac, to allow some principal reduction. DeMarco said nope, using the same “moral hazard” justification. And he said a write-down program wasn’t worth the cost, even though, according to his own agency, loan balance reduction could help up to half a million borrowers and save taxpayers some $1 billion.

Housing advocacy groups have been hounding Obama to can DeMarco for months. In November, Bloomberg reported that the administration had assured the organizations that DeMarco would get the boot if the president won a second term. But it’s not so simple. DeMarco assumed the job in 2009 after the Bush-appointed head left the position. And Obama didn’t get around to nominating someone new until Senate Republicans had made gains in the 2010 midterm elections, and had the ability to filibuster the appointment of a replacement. Due to various rules, it may be legally difficult for Obama to fire DeMarco outright. Instead, the president will have to change DeMarco’s job assignment within the agency, and name a new FHFA head. The new director will probably have to be a recess appointment in order to sidestep expected GOP opposition, says John Taylor, president and CEO of the National Community Reinvestment Coalition, an organization that promotes affordable housing. The GOP “wouldn’t approve a dog catcher if it made Obama look good,” he says.

Taylor, who has been advising the administration on who to pick, suggested two candidates: Michael Barr, a law professor and senior fellow at the Center for American Progress who has played a central role in the administration’s housing policies; and Nick Retsinas, who teaches housing finance at Harvard Business School and has served on an alphabet soup of federal housing agencies and organizations. Taylor says both are “committed to economic fairness.”

No matter which one is appointed, there will likely be write-downs and a good-sized chunk of homeowners would benefit.

Still, given “the ideological divide” in Congress, a recent JPMorgan Chase report warned, a recess appointment for the FHFA could “muddy the outlook” for Obama in terms of getting other key cabinet positions and nominees confirmed.

Foreclosures have slowed, but remain a dead weight on the economy, and the biggest effort so far to help underwater homeowners, a February settlement concerning foreclosure fraud, will end up letting only about a million borrowers refinance or reduce their mortgage debt. It’s now up to Obama to decide whether more homeowners get some relief.