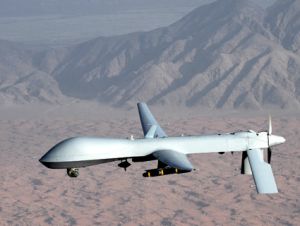 On Thursday, the Republican-dominated House Judiciary Committee voted to kill a resolution compelling the Obama administration to tell Congress why it believes its targeted killing program is legal. In a twist, Republicans like Chairman Rep. Lamar Smith (R-Tex.) argued that the resolution was an unnecessary and drastic step, while Democrats accused the administration of stonewalling. (When the House Judiciary Committee’s Senate counterpart discussed a similar resolution months ago, the party roles were actually reversed.)

Rep. Jerrold Nadler (D-NY) disagreed. “The process has been painfully slow, and the response that we have received to date has been inadequate,” Nadler said. “The power to wage war, and to order the killing of any person, much less an American citizen, is perhaps the most awesome power the president has.”

Rep. John Conyers (D-Mich) echoed Nadler. “Unmanned arial vehicles raises a very serious concern for me, because as a follower of Martin Luther King Jr, I belive that justice and peace requires that we try to live up to those goals to the maximum extent possible,” Conyers said. “I’m concerned that some of these indivduals have been killed far from an active battlefield, and I’m concered that the legal rationale for the program remains for the most part secret.”

Some Republicans, like Rep. Ted Poe (R-Tex), said they wanted more information, but there was no rush. “Procedurally, this isn’t the way to go,” Poe said. “I would hope in the future the committee gets to this issue.”

The resolution failed by a voice vote, which means there’s no record of how everyone voted—but it also means there wasn’t much support for it anyway. Finding out the administration’s legal basis for being able to kill anyone it suspects of being a terrorist anywhere in the world doesn’t sound like an urgent priority.