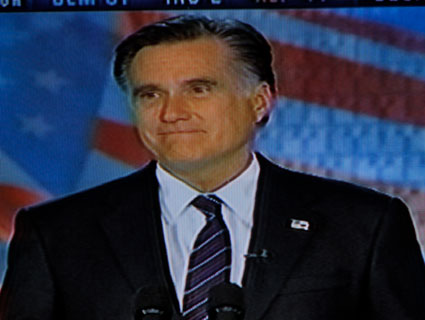 Republicans have apparently taken a cue from presidential loser Mitt Romney on how to put together a budget plan: Explain nothing. House Speaker John Boehner’s latest offer, issued Monday, proposes serious reductions in spending, but fails to specify exactly how those cuts would play out in reality, according to the non-partisan Center on Budget and Policy Priorities.

Exhibit A: The plan proposes $600 billion in mystery healthcare cuts, way more than the widely-touted Bowles-Simpson deficit proposal (which backers say is centrist, and critics say favors business and the wealthy), and way more than Obama’s proposal.

CBPP did the wonk work for Boehner, and concluded “the health care cuts in the Republican offer will likely be draconian”:

For months, we have studied options to generate savings in this part of the budget, and we can’t get close to $600 billion…with items that wouldn’t seriously hurt low-income and vulnerable individuals…. Some news accounts report the House Republican leaders would raise the Medicare eligibility age to 67 and increase Medicare premiums for more affluent beneficiaries, although those items are not mentioned anywhere in the new offer. But if so, those measures would raise only about one quarter of the $600 billion.

Republicans’ most recent budget offer also includes $300 billion in blanket cuts to “non-health mandatory programs,” which includes things like disability benefits and Food Stamps. There are no specifics there, either.

“The proposal is an exercise in ‘look Ma, no hands’ budgeting,” CBPP director Robert Greenstein said in a statement.

So why the reluctance to include the nuts and bolts on how spending cuts will work out? Math. The CBPP says there isn’t enough revenue in Boehner’s plan to cover all the spending—not even the cost of keeping Bush tax cuts for the rich and keeping estate taxes low. As a middle-school pre-Algebra teacher might say, “Show your work.”