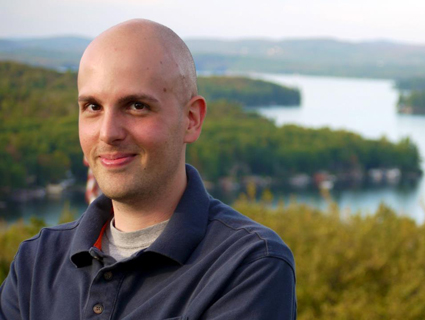 Democrats won big on election night in New Hampshire. They held onto the governor’s office, took back two seats in Congress, and won control of the state house of representatives. But for progressives, the victories went even deeper than that: At least four seats in the legislature went to activists with the Occupy Wall Street satellite, Occupy New Hampshire. Granite State progressive blogger Bill Tucker catches the group touting its success on Facebook: “We aren’t going to reveal names, they can if they want. But we have 4 or 5 people who were very involved Occupiers, and another handful who were part of the network—either already Reps or newly elected. We got juice—or maybe just a little pulp.”

How did this happen? It’s largely a consequence of the state’s uniquely enormous legislature. At 400 members (for 1.3 million people) it’s the third-largest legislative body in the English-speaking world, and you only need about a thousand votes to win a seat.

With the election wins, New Hampshire becomes the first state where Occupiers have secured an actual foothold in the political arena. But they’re not the only group of ideological activists who are winning elections in the Granite State; they’re following the trail already blazed by members of the Free State Project, the movement to repopulate New Hampshire with libertarians and slowly turn the state into a small-government (or no-government) paradise. As I reported in a piece for the magazine last summer, the movement has finally begun to make inroads in the state legislature, winning seats—while often keeping their affiliation under wraps—and then getting to work deregulating margarine and de-funding high-speed rail. As conservatives struggled statewide this November, the libertarians held their own. Free State Project president Carla Gericke announced:

Over the past eight years, FSP participants who have become state representatives went from zero to 1, to four, to 12-14 in 2010, to eleven this cycle. We only have 1,100 movers on the ground. With only 5% of our goal movers in NH, political FSP participants held onto the status quo while Republicans got trounced. Baby steps, people. It ain’t called a “project” for nothing!

Take, for example, the case of newly elected Rep. Tim O’Flaherty, a self-described “anarchist” who ran as a Democrat and edged out Republican challenger Dan Garthwaite in a Manchester district. As it happens, both O’Flaherty and Garthwaite are supporters of the Free State Project. They’re also roommates. The two rivals live at “Porc Manor,” a Manchester home that’s become a flophouse of sorts for Free States. (Supporters called themselves “porcupines” because they bristle only when provoked.) A 2009 landlord manual for Porc Manor offers tip for renting to Free Staters, noting that, for instance, “A lot of porcupines will frown on deposits, mostly because they feel their status as acknowledged defenders of property rights makes them immune to the reasons landlords require deposits.”

Their living arrangement served as fuel for perhaps the most unusual storyline in any election this year, or maybe ever. As the Manchester Union-Leader‘s Mark Hayward explained:

In one of the more bizarre moments in the campaign, O’Flaherty wrote to Comedy Central’s election Internet site to say he and Garthwaite are lovers, and the election would decide certain role-playing aspects of their relationship. (We’re talking dominance and jackboots here.)

But O’Flaherty, who is gay, said he doesn’t know Garthwaite well, and he made the comments to undermine his opponent with his Republican base.

No really, this actually happened. Here’s what O’Flaherty told Comedy Central’s Dan Poppy in an email:

Things were hot and heavy when Dan and I first met and we found ourselves living in the same boarding house. We have had some heated political arguments but I haven’t been able to persuade Dan to turn from his Statist beliefs. Lately we’ve been looking for ways to keep things interesting in the bedroom and we’ve been exploring some roleplaying. Dan likes to play the cop/thug, forcing me to lick his jackboot.

I’ve become concerned recently that our roleplaying was counter-revolutionary and contrary to my anarchist principles. Violent revolt was a looming prospect but Dan (the consummate Statist and devout believer in the Democratic Faith) suggested we put the matter to a vote. We agreed we would both run for State Representative but on opposite sides of the ticket, the winner gets to choose his role to play in the bedroom.

Now voters in Manchester’s Ward 5 will decide the outcome. If Dan beats me in the election his Statist domination will continue unchecked. If voters should choose me they will quite literally be saying “Fu*% the State(ist).” Please tell your readers to spew their vitriol on my Facebook page.

In his interview with the Union-Leader, O’Flaherty also floated an unusual hypothesis for his primary victory over former state Rep. Richard Komi: “He said Komi may have suffered from name problems; his name is similar to Joseph Kony, the Ugandan guerilla leader whose capture was encouraged by the Kony 2012 effort, a viral Internet video.”

On November 8th, when the vote count in Manchester’s Ward 5 was made official, O’Flaherty hopped on Facebook with a simple but deliberate message for his supporters: “Victory is mine!” He added, “It was the best $2 i’ve ever spent!”

And with that, New Hampshire may have finally outdone itself.