Certain things are generally to be considered to be deal-breakers in electoral politics—reading a letter in defense of a radical who murdered two FBI agents, for instance, or sleeping with your patients and then asking them to get an abortion. Or going AWOL for almost one-third of an entire congressional term. Except for these guys: 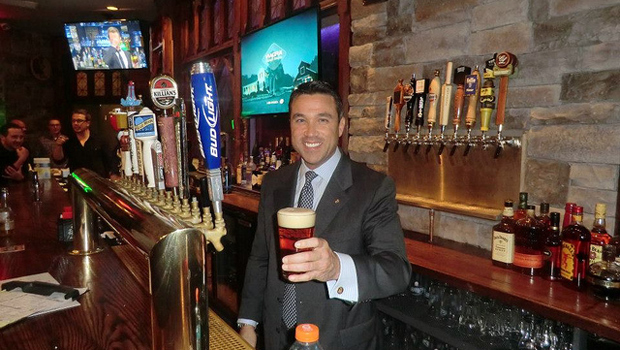 Michael Grimm/FlickrStaten Island could really use an effective congressman right now. Instead, New York’s 13th congressional district is poised to reelect Grimm, an embattled freshman whose 2010 campaign is now the subject of an FBI investigation into whether Grimm knowingly allowed a fundraiser and an Israeli rabbi to solicit illegal cash donations from foreign nationals. That’s not the only stain on his short record: In 2011, Grimm went on a privately funded trip to Cyprus, which he neglected to report in his congressional disclosures until 2012, when his host was arrested on corruption charges. And per the New York Times, Grimm’s business partner, Bennett Orfaly, with whom he started a restaurant, allegedly “has ties to a member of the Gambino organized crime family, Anthony (Fat Tony) Morelli, who is serving a 20-year prison sentence for racketeering and extortion in an elaborate tax fraud.”

As you’d expect from a congressman who is just two degrees of separation from someone named “Fat Tony,” Grimm’s campaign has, at times, been somewhat nasty. Grimm attacked his opponent, Democrat Mark Murphy, for “liv[ing] in his father’s basement” (true), and for being a failed actor. See below:

Grimm’s ethics woes were enough to get him booted from his role as a Romney surrogate, but he’s held steady in the polls in New York City’s most conservative district. 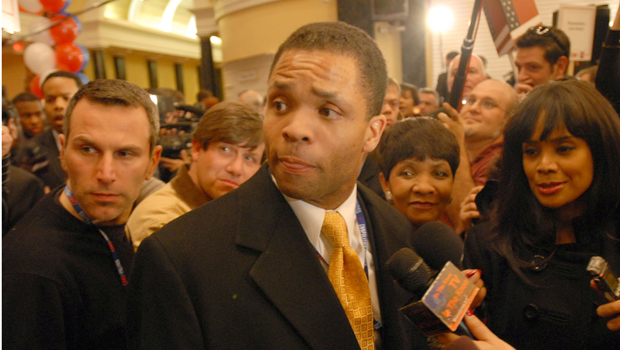 Jason Moore/ZumaPress.com That a well-connected Democrat in a safe-blue South Side district would cruise to reelection virtually unopposed isn’t especially surprising. But Jackson has been AWOL from Congress for much of the last year. He went missing for a month last summer and hasn’t held a constituent event or a campaign rally since winning the Democratic primary in March—an absence friends and advisers attribute to a severe case of depression. (In October, he announced he was returning to the Mayo Clinic for a second bout of rehab.) He’s under FBI investigation for possibly using campaign funds to renovate his Chicago home, and by the House Ethics Committee for possibly attempting to purchase Barack Obama’s vacated Senate seat in 2008. He voted by absentee ballot and isn’t holding a rally on election night. But after beating back a Campaign for Primary Accountability-backed challenge in the primary, Jackson doesn’t have much incentive to show up: He’s all but clinched a victory. 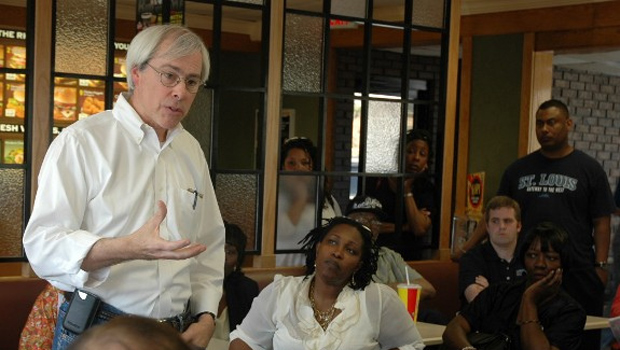 John Barrow/FlickrThis was supposed to be the year white Democrats from the Deep South officially went extinct. After redistricting, Barrow, a 57-year-old Georgia Blue Dog, found himself in a district that gave 56 percent of the vote to John McCain in 2008—despite record African American turnout that year. But Barrow outspent his Republican challenger, state Rep. Lee Anderson, by a more than 2-1 margin, and managed to put together a patchwork coalition of black voters and white gun-owners (he’s a rare Democrat with NRA backing). Ads like this one probably didn’t hurt: 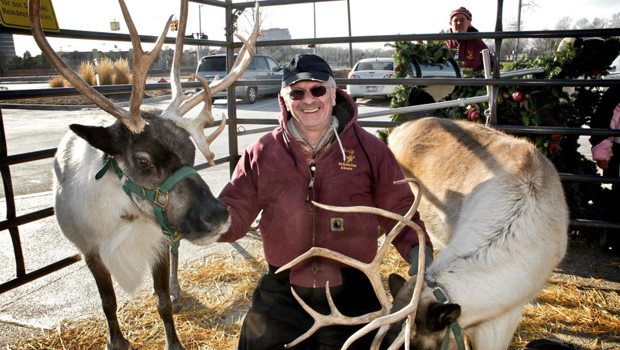 Kerry Bentivolio/FacebookWhen Rep. Thaddeus McCotter resigned abruptly last summer after he failed to make it on the ballot (because his campaign apparently forged most of the signatures), it created an opening. Unfortunately for Michigan Republicans, the only GOPer who appeared on to the primary ballot was Bentivolio, a former high school teacher (more on that in a second), reindeer farmer, Santa impersonator, and co-star of a low-budget 9/11 truther film. He raised virtually no money, but got a boost from $500,000 in spending from a Texas-based super-PAC, and easily beat the establishment-backed write-in candidate. In August, the Detroit Free-Press reported that Bentivolio had been reprimanded at his Michigan high school for, among other things, telling students that they were “just a paycheck to me” and pledging to make them cry. In October, Bentivolio’s brother told the Michigan Information and Research Service, “I believe that if he gets elected, he’ll eventually serve time in prison.” With national Democrats making little effort to back Bentivolio’s challenger, Syed Taj, Bentivolio will likely get the chance. 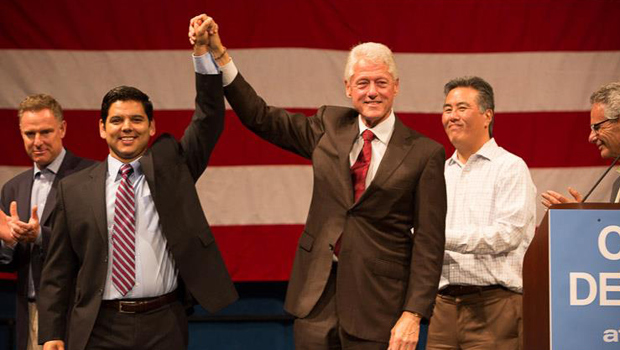 Raul Ruiz/FacebookGOP Rep. Mary Bono Mack is the incumbent. Her southeastern California district has an R+3 partisan voting index. And Ruiz, her Democratic opponent, is basically the Matt Drudge version of Barack Obama. Per the Palm Desert Desert Sun: “Officials with Rep. Mary Bono Mack’s campaign, at a press conference Thursday, released an audiotape in which her Democratic opponent, Raul Ruiz, can be heard reading a letter of support for Leonard Peltier, a Native American convicted in 1977 of murdering two FBI agents on an Indian reservation in South Dakota…Ruiz can be heard reading a letter to Peltier written by ‘Subcomandante Marcos,’ a Marxist leader of the Zapatista liberation movement for indigenous people centered in the rural Mexican state of Chiapas.” But through it all, polls show Ruiz to be a slim favorite to pull off the victory on election day. 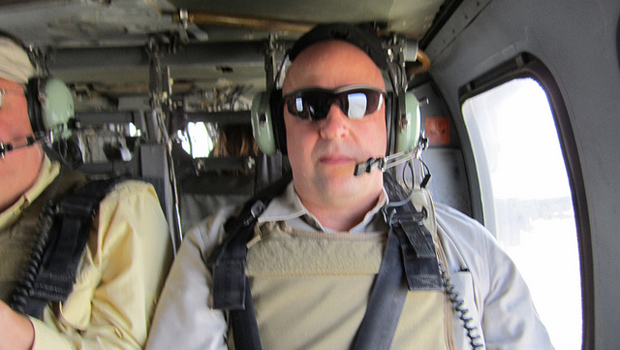 Scott Desjarlais/FlickrWho among us hasn’t had extramarital affairs with multiple female patients at our medical practice and then pushed one of them to get an abortion before later advancing policies that would curtail women’s reproductive rights? Oh, hmm, seeing a lot of hands raised. This is awkward. Despite being guilty of that exact scenario, Desjarlais is still the favorite to hold onto his Middle Tennessee seat. A poll commissioned after the ethical lapses/insane hypocrisy was exposed put the freshman up by 4 points. 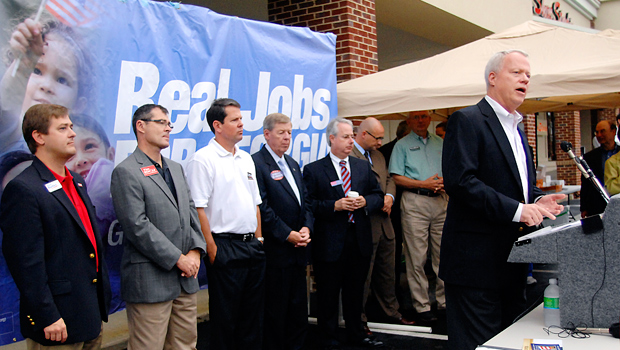 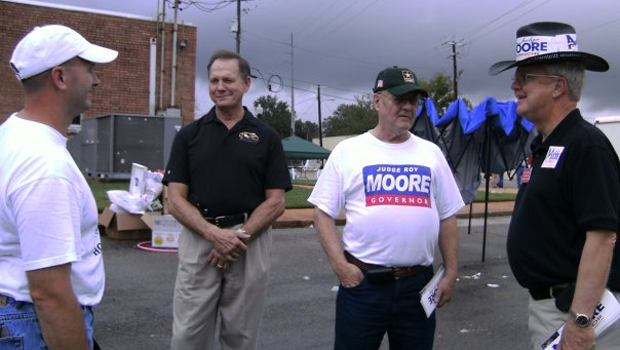 Roy Moore/FacebookYou may know Moore as the man who, after being removed from his post as chief justice of the Alabama Supreme Court for refusing to take down a granite monument of the Ten Commandments, proceeded to travel around the country in a flat-bed pickup truck with the slab in the back. Now, after two failed runs for governor—and a very brief flirtation with running for president—he wants his job back. Moore hasn’t mellowed much with age—he said as recently as October that same-sex marriage could bring about the end of the United States—but has benefited from the near-total collapse of the Alabama Democratic party. His original general election opponent, Harry Lyon, had called for illegal immigrants to be hanged and, per ThinkProgress, was “once shot in the neck after a neighbor caught him pouring Hershey’s Chocolate Syrup on the neighbor’s car.” (He was replaced by the party in August.) Per the Montgomery Advertiser, Moore leads in the polls going into Election Day. Also: Chuck Norris endorsed him.