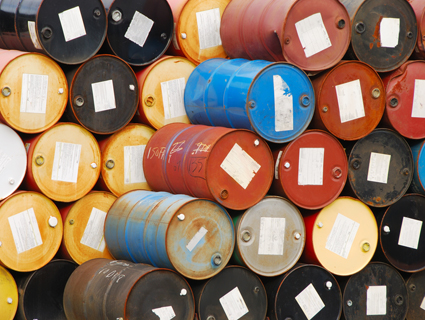 There are several interesting things to note following Wednesday’s announcement that BP has been barred from new federal contracts. First, the Department of Interior announced that the oil giant is also barred from obtaining new leases “unless and until” it resolves the issues that got it barred from contracts.

But as Rena Steinzor, a professor of law at the University of Maryland and the president of the Center for Progressive Reform, points out, BP just won 43 new leases in the Gulf of Mexico in June. And in September, BP got $1.38 billion in new Department of Defense contracts. The debarment doesn’t affect current leases. The DOD is the primary agency contracting with BP, and BP was its largest fuel supplier last year. And while DOD has said it doesn’t plan to apply for a waiver from the debarment, either the agency or BP could still find ways of getting around it, writes Steinzor:

As DOD’s silence implies, the real question here is what will happen next. Under the law, a temporary debarment imposed without the company’s consent cannot exceed 30 days. BP must be given the opportunity to rebut the charges and can challenge any final decision in court. Although some courts have concluded that parties do not have any right to do business with the government, others have said that contractors have a “liberty interest” in continuing to do business with the government unless they are cut off for “just cause,” meaning that EPA will be compelled to explain itself quite thoroughly if the matter is litigated.

Even more disturbing, individual government agencies and departments may also waive debarment and do business with banned companies for “compelling reasons,” a term every bit as loose and loophole-riddled as it sounds. If DOD goes this route and the President doesn’t back EPA, even this temporary debarment will vaporize as quickly as it materialized. There can be little doubt that BP lawyers have pitched a tent outside the office of the Defense Logistics Agency employee in charge of its case file.

The EPA’s move to block BP from new contracts is laudable, but it might not be the final word.