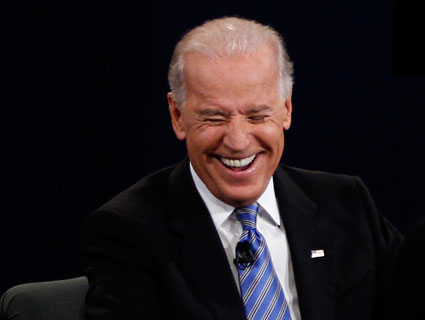 Conspicuously absent from the first Presidential debate in Denver last week: Any mention, by President Obama, of the most damaging quote of his opponent’s political career—Mitt Romney’s dismissal of the 47 percent of Americans as “entitled” moochers. At Thursday’s vice presidential debate, Joe Biden didn’t make that mistake.

The veep lit into Romney and his running mate, Rep. Paul Ryan, seizing on the congressman’s own assertion that America was increasingly becoming a nation of takers:

We knew we had to act for the middle class. We immediately went out and rescued General Motors. We went ahead and made sure that we cut taxes for the middle class. And in addition to that, when that — when that occurred, what did Romney do? Romney said, “No, let Detroit go bankrupt.” We moved in and helped people refinance their homes. Governor Romney said, “No, let foreclosures hit the bottom.”

These people are my mom and dad — the people I grew up with, my neighbors. They pay more effective tax than Governor Romney pays in his federal income tax. They are elderly people who in fact are living off of Social Security. They are veterans and people fighting in Afghanistan right now who are, quote, “not paying any tax.”

I’ve had it up to here with this notion that 47 percent — it’s about time they take some responsibility here. And instead of signing pledges to Grover Norquist not to ask the wealthiest among us to contribute to bring back the middle class, they should be signing a pledge saying to the middle class we’re going to level the playing field; we’re going to give you a fair shot again; we are going to not repeat the mistakes we made in the past by having a different set of rules for Wall Street and Main Street, making sure that we continue to hemorrhage these tax cuts for the super wealthy.