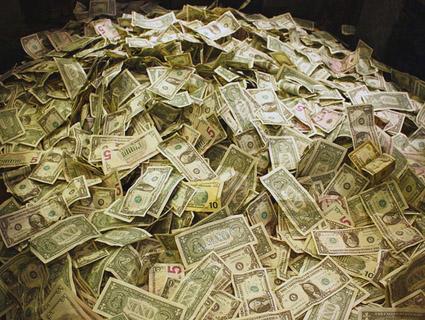 President Barack Obama has always had a love-hate relationship with campaign finance reform. In 2008, he backtracked on a pledge to join John McCain in accepting public financing, remarking that “we face opponents who’ve become masters at gaming this broken system.” He then went on to raise a record $745 million. When the Supreme Court’s Citizens United ruling came down in early 2010, Obama slammed it a week later in his State of the Union address, predicting that it would “open the floodgates for special interests.”

More recently, Obama’s campaign distanced itself from super-PACs, only to decide they’re a necessary evil. Meanwhile, his campaign is on track to haul in $1 billion, even as it’s claimed that Obama could be “the first president in modern history to be outspent.”

Which raises the question: If Obama defeats Mitt Romney in November, will his victory weaken the opposition to Citizens United by undercutting the notion that a handful of megadonors pouring millions of dollars into super-PACs and shadowy nonprofits have the power to dictate the outcome of an election?

“That argument is going to be made” if Obama wins, acknowledges Fred Wertheimer, president of the campaign finance reform group Democracy 21 and a longtime champion of limiting money in American politics. “But it’s not correct. It has always been pretty clear that both presidential nominees were going to have more than enough money to compete in this election, and should Obama win, that in no way affects the arguments that super-PACs are a disaster for democracy.”

However, he isn’t so sure that a reelected Obama would step up to lead the charge to defeat unlimited outside spending. “It is a completely open question whether the president will take on a leadership role on this issue,” he says. Yet Wertheimer believes public pressure for change will only grow. “I think citizens realize we are in the grips of a corrupt system and there will be a national movement to change that system,” he says. “What is happening this election is going to be dwarfed in the 2014 and 2016 elections unless we can fix the system.”

“Should Obama win, that in no way affects the arguments that super-PACs are a disaster for democracy.”

On the other hand, James Bopp, the lawyer who successfully argued Citizens United, has no doubts that, if reelected, Obama would act upon a recent statement he made to the online community Reddit and “seriously consider mobilizing” a constitutional amendment to overturn Citizens United. He sees the opposition to super-PACs as the latest in a series of campaign finance reforms “du jour” seized upon by Democrats eager to hobble Republican megadonors while leaving unions and a sympathetic mainstream media untouched. The media, he says, “can literally spend billions” promoting the Democratic Party line.

“There’s a general cynicism among the American people about politicians and politics,” Bopp explains. But, he maintains, “They could care less about campaign finance. It’s not that all we need to do is fine-tune the system with another big avalanche of laws limiting things and then the American people will no longer be cynical.”

According to the latest numbers, Obama could outraise Romney by $100 million to $200 million. But when you factor in spending by super-PACs and nonprofits, Romney begins to hold his own. Disclosed outside spending for Romney and against Obama totals $210 million; outside spending favoring Obama and opposing Romney adds up to nearly $89 million. (The latter figure includes spending by conservative super-PACs that pummeled Romney during the GOP primaries.) After all the dust clears and the final disclosure reports are filed, those totals will likely be significantly higher, and likely in Romney’s favor.

Sheila Krumholz, executive director of the nonpartisan Center for Responsive Politics, thinks that super-PACs’ greatest impact may be on congressional races, where the total cash haul is much slimmer and less resistant to the whims of megadonors. In the presidential race, the power of incumbency is often a stronger indicator of who’s most likely to win. Big spending is likely to remain a feature of presidential races, regardless of what reforms may happen. “‘If only we had enough money’ will be a mantra of the political operatives who know how to work this game,” Krumholz says.

An Obama win could temporarily weaken the resolve to fix the campaign finance system, Krumholz supposes. Still, she believes that many Americans will continue to “have a singular distaste for Citizens United, separate and apart from any particular candidate.”