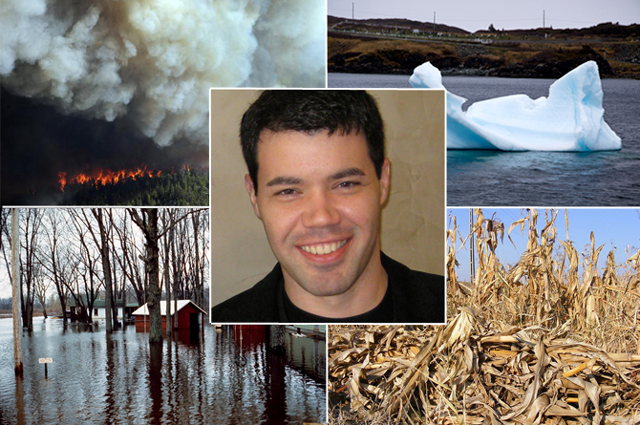 Everybody in Washington knows that climate change is a political dog. But what if everybody is wrong? New polling indicates that Americans are very concerned about heat waves and freak storms, and candidates who advocate meaningful action on climate change can turn it into a winning issue.

That’s the subject for what promises to be a lively debate among pollsters, analysts, campaign operatives, and journalists at the first “Climate Desk Live” breakfast briefing in Washington, DC, hosted by award-wining science journalist Chris Mooney. “Not only do most likely but undecided voters think global warming is happening and caused by humans,” Mooney writes of the poll results, “but 61 percent say it will be an important issue in determining who they vote for.”

The author of four books, including Unscientific America: How Scientific Illiteracy Threatens Our Future, Mooney has joined forces with the Climate Desk—a journalistic consortium of news organizations—to bring a provocative series of speakers on climate and energy before Washington’s policy makers and journalists.

Confirmed speakers include Joe Romm of Climate Progress, analyst Betsy Taylor of Breakthrough Strategies and Solutions, and Paul Bledsoe, a Washington-based consultant who was the chief staffer on climate change communications in the Clinton White House.

To RSVP for this space-limited event, email CDL@climatedesk.org (breakfast and coffee provided).