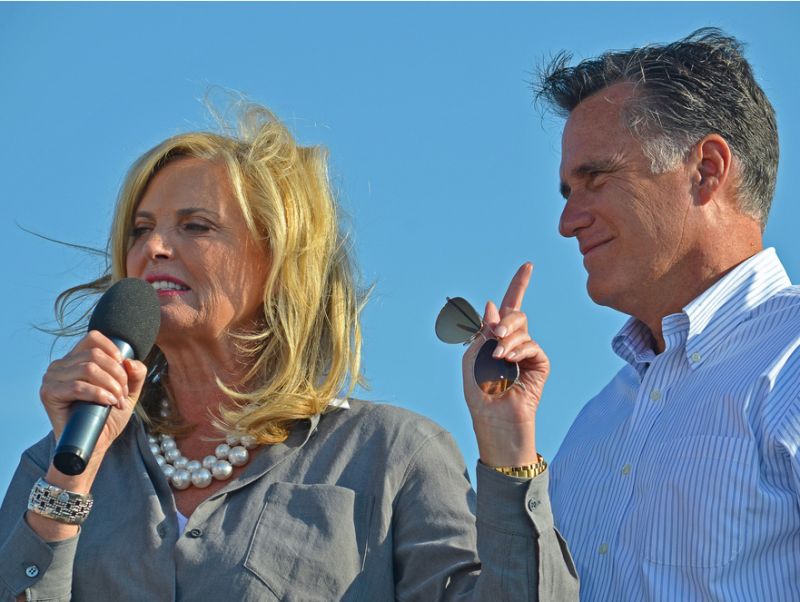 Ann Romney has been getting more face time on the campaign trail, making the public pitch for her husband while also reportedly taking a more active role in strategy behind the sceens. She’s been a key conduit to women voters, arguing that they should “wake up” and vote for Romney.

But it’s worth noting that, during his first presidential bid, Mitt Romney argued that his wife’s positions don’t matter to his campaign. Back in 2007, reporters noted that Ann Romney had given a $150 check to Planned Parenthood in 1994 from their joint account, after the pair attended a fundraiser hosted by a Republican activist. The story also cropped up again later that year when a photo of Mitt attending the event was posted online. (It was also mentioned in Slate‘s exhaustive history of Romney’s ever-evolving stance on abortion earlier this year). In response to the revelation in 2007, the presidential candidate told reporters, “Her contributions are for her and not for me, and her positions I do not think are terribly relevant to my campaign.” Here’s the video:

As a candidate, Romney has pledged to cut federal funding for Planned Parenthood. So maybe he’s right: Ann’s positions aren’t terribly relevant to his campaign. But it’s worth noting as she takes to the stump to rally women voters behind her husband.