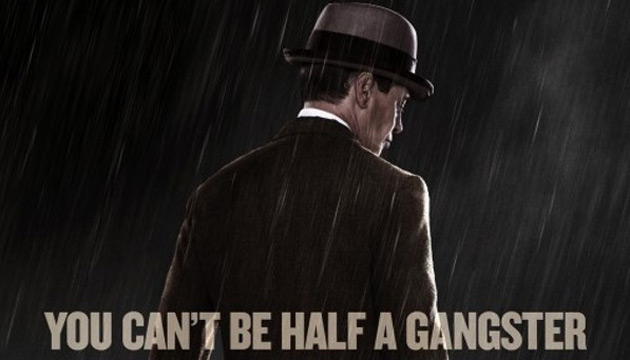 This review contains spoilers for the previous season of Boardwalk Empire.

And with the first five episodes of season 3, Boardwalk Empire maintains its status as one of the most compulsively watchable shows on TV.

As with all great cable dramas, its flaws are few and far between, but glaring nonetheless. Thus far, the season’s pacing can drag, and there are some truly rich subplots that go criminally neglected (particularly that of black gangster/Nucky ally Albert “Chalky” White, and his family). Still, there’s more than enough here to make you amnestic to the weak spots.

The third season of Boardwalk Empire premieres Sunday, September 16 at 9 p.m. EDT on HBO. Here are my top-5 reasons for why you should tune in:

1) James Darmody is definitely dead and never coming back. It was a risky, admirable move for the second season finale—on par with the startling conclusion of Game of Thrones‘ first season. But creator Terence Winter‘s decision to kill off main character James “Jimmy” Darmody (played by Michael Pitt) is already starting to pay off. The death concluded a formative chapter in Nucky’s career and personal life, and allowed a fitting exit for the emotionally rotting Jimmy. (Also, am I the only one who can barely stand Pitt’s monotone acting, whether it’s this, or Funny Games, or The Dreamers, or whatever?)

And the void left by Jimmy’s absence is filled by…

2) The new characters are sublime. The great James Cromwell plays a very grumpy Andrew Mellon, Secretary of the Treasury under presidents Harding, Coolidge, and Hoover. Stephen Root, one of the best character actors working today, brings plenty of slick wit to the role of real-life con artist Gaston Means. Theater veteran Meg Steedle is terrific as small-time entertainer Billie Kent, Nucky’s new mistress and love interest. (Billie, more than any other character, helps reveal that Nucky, under his veil of stone-faced endurance, is a terribly lonely soul—and that might be the most humanizing thing in the series.)

3) The young Al Capone is cast as an anti-bully Chicago tough: Stephen Graham returns as Capone in his henchman days. Within this handful of episodes, we see Capone rattled by news of the schoolyard bullying of his frail, partially deaf son. Later, after hearing that his accountant was brutally beaten just for being fat and “smelly,” Capone deals with the assailant with his bare hands, in the middle of a packed speakeasy. “You wanna pick on people who can’t defend themselves?” he warns horrified onlookers as he flings dollar bills at the corpse. “Pay for his funeral.”

4) The excitable carnage is still intact: The crew behind Boardwalk have consistently demonstrated a knack for mob-war-related set pieces (which is to be expected from a show executive-produced by Martin Scorsese, who also directed its pilot). The fifth episode of season 3 features the most gripping shoot-out the series has yet produced—a superbly choreographed, Taxi Driver-style sequence in a hotel hall, complete with buck-nakedness and an impressive tracking shot.

5) Yes, you can believe the hype: Nucky has indeed gone full-ganster in a big, convincing way. Steve Buscemi, being Steve Buscemi. That is, in itself, appointment viewing.

The other elements that made the first two seasons so satisfying are preserved: The crisp dialogue, the high production values (the pilot alone cost $18 million), the vast, interstate gangland expanse. The series remains accessibly contemplative, exploring the anxiety of guilt without redemption, avarice without fulfillment. When it isn’t exploring its newly introduced characters, it’s really just more of the same. And thank goodness for that.