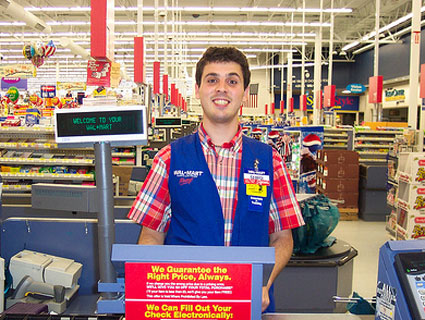 Just how rich are the Waltons? According to the latest edition of the Forbes 400, released yesterday, the six wealthiest heirs to the Walmart empire are together worth a staggering $115 billion. This marks the first time in American history that one family has controlled a 12-figure fortune. While the nation’s richest person is still Bill Gates, the sixth-, seventh-, eighth-, and ninth-richest Americans are all Waltons.

To put that in perspective, here’s a chart of things the Waltons could afford to pay for: 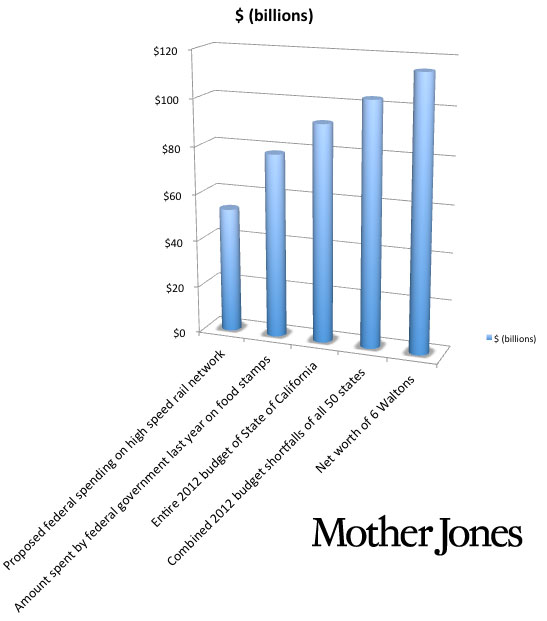 The Waltons’ fortune might be something to celebrate if not for the fact that they’ve raked it in at our expense. Sasha Abramsky writes:

In 2004, a year in which Wal-Mart reported $9.1 billion in profits, the retailer’s California employees collected $86 million in public assistance, according to researchers at the University of California-Berkeley. Other studies have revealed widespread use of publicly funded health care by Wal-Mart employees in numerous states. In 2004, Democratic staffers of the House education and workforce committee calculated that each 200-employee Wal-Mart store costs taxpayers an average of more than $400,000 a year, based on entitlements ranging from energy-assistance grants to Medicaid to food stamps to WIC—the federal program that provides food to low-income women with children.

The average Walmart worker earns just $8.81 an hour. At that wage, the union-backed Making Change at Walmart campaign calculates that a Walmart worker would need:

For more on the Walton fortune, see my 2011 chart: “6 Walmart Heirs Hold More Wealth Than 42% of Americans Combined“