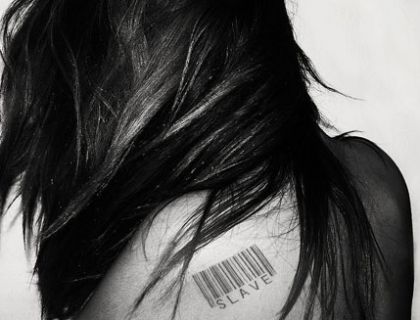 While the media spent this week scrutinizing polls and deconstructing the 47 percent video, President Obama signed an executive order that experts say could stop US tax dollars from funding human trafficking abroad. But does it go far enough?

Obama made the announcement at the Clinton Global Initiative last Tuesday, just after the 150th anniversary of the Emancipation Proclamation. His executive order targets US federal contractors and subcontractors by explicitly creating a zero-tolerence policy for companies that engage in trafficking.

These contractors and subcontractors charge migrant workers exorbitant fees that they must then pay off, essentially placing them in debt bondage. While workers attempt to pay back their hiring fees, they are sometimes confined to horrible living conditions, without their passports. In Baghdad, for example, about 1,000 workers hired by a US subcontractor were stuck in a windowless warehouse for three months without pay.

The order addresses this practice by prohibiting it under Federal Acquisition Regulation, which oversees government purchases. Obama is also bulking up resources for law enforcement, by providing training to police and prosecutors and expanding legal assistance for trafficking victims.

Last year, a bipartisan legislative commission found that US contingency contractors are using US tax dollars flowing into Iraq and Afghanistan to engage in sex and labor trafficking, often without penalty.

“The measures in the executive order represent a good first step towards abolition and the protection of workers who sacrifice by rendering services for the US government,” says Sam McCahon, founder of a DC-based law firm that does pro bono work to combat human trafficking.

Obama’s order applauded by activists like Nicholas Kristof.McCahon recently worked with Sindhu Kavinamannil, CEO of Compliance Consulting Services, to produce a short documentary on labor trafficking of South Asian workers employed for US contractors in Iraq. He testifed about his findings before a subcommittee of the House Committee on Oversight and Government Reform.

When asked by Mother Jones whether McCahon thinks Obama’s order would have made a difference to the victims in the film, he says: “Yes, [we] could have avoided the victimization and exploitation of tens of thousands of workers who have served on US government contracts in the Middle East and Afghanistan.”

Devon Chaffee of the American Civil Liberties Union (ACLU) also lauded the order, writing that it’s “a huge step forward.” However, he acknowledged that implementing the order “will be challenging” and “it also remains to be seen whether the administration will be more willing than it has been in the past to pursue criminal prosecutions.”

Nick Schwellenbach, former director of investigations at the Project On Government Oversight who has also testified on this issue, told Mother Jones that while the order shows “renewed commitment from the very top of the executive branch,” it doesn’t go as far as an anti-human trafficking bill that is stalling in committee.

House Oversight Committee Chairman Darrell Issa (R-Calif.) criticized the president for failing to include “the most of important part” of that bill in the executive order, namely, expanding the criminal code. The bill makes it so that if a contractor gets caught trafficking, they could lose their contract with the US government. Additionally, individuals would face fines and up to five years of jail time.

“President Obama owes it to victims of trafficking to commit himself to personally engaging in the legislative effort to enact actual changes to federal criminal statutes,” he said in a press release.