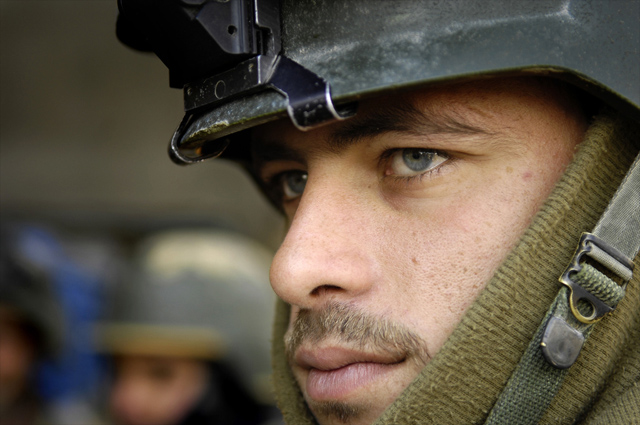 As if to underscore Mitt Romney’s indifference to the 47 percent, his Republican Party colleagues in the US Senate used a procedural vote Wednesday to block a $1 billion bipartisan bill that would have given tens of thousands of jobless military vets the opportunity to work.

Inspired by President Obama’s State of the Union Address challenge to get veterans working, the Veterans Job Corps bill would have created a program to fast-track 20,000 former service members into federal jobs as law enforcement officers, first responders, and parks workers. The legislation “was one of the few pieces of legislation [to] make it through Congress, which has been mired in partisan gridlock for the last two years,” reports Stars & Stripes‘ Leo Shane. A few enthusiastic Republicans even added several provisions to the bill, including measures to increase internet access for job-seeking vets and to aid them in their transitions from military life. “Once it incorporated ideas from both sides of the aisle, I thought it would be an easy sell,” Tom Tarantino, a war vets’ lobbyist, told the Washington Post Wednesday.

But despite support from 58 senators, the bill couldn’t achieve the supermajority needed to get an up-or-down vote, dashing any chance that it could pass before Election Day in November. Forty Republicans succeeded in blocking the bill Wednesday afternoon, including self-styled budget hawks Sens. Rand Paul (R-Ky.) and Tom Coburn (R-Okla.). But chief among the bill’s attackers was Jeff Sessions (R-Ala.), top Republican on the Senate Banking Committee. “Americans don’t trust us,” he said. “And why should Americans trust us when we keep using gimmicks and budget sleight of hand to hide more spending and drive the country further into debt?”

Coburn seemed to argue that government spending is more of a “real problem” than the plight of US vets.

Conservatives say the bill was a budget-buster, with Sessions alleging that it “violate[d] the Budget Control Act by adding to the deficit.” Coburn complained that the jobs bill made him want to quit his own vocation. “I don’t want to come [to work] anymore,” he said, “and the reason I don’t want to come anymore is because we’re not doing anything to address the real problems that are in front of our country.”

In saying that, Coburn seemed to argue that government spending is more of a “real problem” than the plight of US vets. Young ex-service-members—many of whom were in the now-famous 47 percent of non-income-tax-paying Americans while they were deployed or held junior ranks—face unemployment levels up to 31 percent higher than their civilian counterparts. It’s a plight that Romney and other Republicans pay lip service to in their attacks on the White House. “President Obama’s policies threaten to break faith with our veterans and our military,” Romney’s campaign literature (PDF) states. “We must do better.”

Yet conservatives’ plan this week was to block a pro-veteran bill that had the support of the GOP-led Congress, all the Senate Democrats, and five Republicans in the upper body. “These men and women have worn our uniform, shouldered the burden and faced unthinkable dangers in forward areas during a very dangerous time,” Sen. Lisa Murkowski (R-Alaska), one of the GOP supporters of the bill, told the New York Times. For his part, Sessions says he’d vote for a budget-neutral GOP-drafted version of the bill—a version that saves money by doing away with the Veterans Job Corps, which was ostensibly the whole point of the proposal in the first place. Sometimes you have to destroy a jobs bill in order to save it.