This story first appeared on the Scientific American website.

What does a two-month-old bison calf in the Bronx have to do with the future of its species? Quite a lot, it turns out.

After being slaughtered to near extinction in the 19th century, the American plains bison (Bison bison bison) has become a bit of a conservation success story, albeit with a few important caveats. Today as many as half a million bison live in the United States, but most of them are genetically impure due to a misguided attempt to crossbreed bison with domestic cattle in the early 20th century. The crossbred bison, which live exclusively in commercial herds, contain what are referred to as “ancestral cattle genes” representing up to 2 percent of their DNA—a not-so-insignificant amount that makes them essentially useless for conservation purposes. Meanwhile, about 40 percent of the 20,000 or so remaining pure bison living in Yellowstone National Park and a few other government-owned herds have, over the years, been exposed to diseases such as brucellosis, which can cause cattle to abort their pregnancies. Many ranchers and other people fear these diseases could leap into domestic cattle or other species. This concern has to date prevented efforts to expand purebred bison populations into new herds.

The bison calf in the Bronx, which is not only genetically pure but also free of disease, could be the first step in changing that. The calf’s parents, which came from the American Prairie Reserve in Montana, were both purebred but carried paratuberculosis, also known as Johne’s disease, which can cause diarrhea and wasting in cattle. Reproductive physiologist Jennifer Barfield and her team at Colorado State University removed fertilized embryos from these bison, “washed” them with a special technique to remove the risk of disease, and implanted them into the embryos of surrogate bison that were disease free but carried ancestral cattle genes. One of the implanted embryos took and the pregnant mother and the other 15 members of her herd were transplanted from Colorado to the Bronx Zoo, where the healthy male calf was born on June 20.

The embryo washing technique is a multistep process standardized by the International Embryo Transfer Society that had previously proved effective in cattle but had never been used on bison. “You take the embryo and you move it through a series of drops of fluid that contains a chemical that removes any pathogens from the surface of the embryo,” Barfield says. “It’s very quick. They’re only in these drops of fluid for 10 seconds at a time.” The amount of chemicals are reduced each step of the way until the embryo is free of pathogens.

The birth of pure, disease-free bison outside of Yellowstone will help efforts to establish new herds and conserve the species. “The animals in Yellowstone are genetically valuable,” Barfield says. “But they can’t easily be moved into other herds or used to start restoration herds until they’ve been cleared of the disease.” That’s a long process that requires frequent testing and extended quarantines. “[Embryo washing] will be another way to get around that disease,” she says.

Barfield praises the collaboration between Colorado State University, the USDA Animal and Plant Health Inspection Service, the American Prairie Reserve and the Wildlife Conservation Society, which runs the Bronx Zoo. “A university, a government institution and a nonprofit came together with a common goal and made it work. I think it was a great accomplishment from that perspective.”

Barfield and her team are now preparing for their next round of bison embryo transfers, which are currently scheduled for later this month. 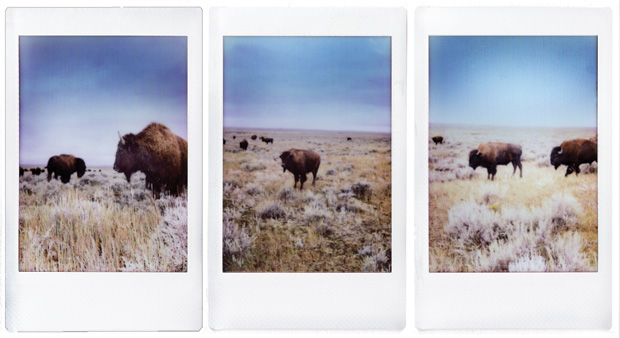