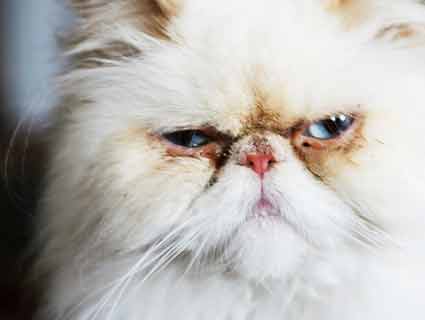 In the neverending war between cat people and bird people, troops on either side gather ammunition in the form of research. Add this one to Team Bird’s quiver: a new study that shows how that feral cats carry deadly diseases like rabies, toxoplasmosis, and the plague(!). Published in the journal Zoonoses and Public Health, the study finds that rabies in particular is a much bigger problem among cats than dogs. In 2008, cats had four times the rabies rate of dogs, and in 2010 cats accounted for 62 percent of all rabies cases in domestic animals.

The study also casts doubt the feral-cat control technique known as Trap-Neuter-Return, or TNR, wherein feral cats are rounded up, fixed, and released back to where they were found. Feral-cat advocates have long favored TNR, claiming it humanely reduces the feral cat population. But the new study suggests it’s not effective in stopping cats from spreading rabies. From the abstract:

…some studies have shown that TNR leads to increased immigration of unneutered cats into neutered populations as well as increased kitten survival in neutered groups. These compensatory mechanisms in neutered groups leading to increased kitten survival and immigration would confound rabies vaccination campaigns and produce naïve populations of cats that can serve as source of zoonotic disease agents owing to lack of immunity.

“This is a significant study that documents serious wildlife and public health issues associated with 125 million outdoor cats in the United States.  Decision-making officials need to start looking at the unintended impacts these animals have on both the environment and human health when they consider arguments to sanction Trap, Neuter, and Return (TNR) cat colonies. These colonies are highly detrimental to cats, wildlife, and people, and only serve to exacerbate the cat overpopulation problem,” said Darin Schroeder, Vice President for Conservation Advocacy at American Bird Conservancy.

Oh no they didn’t! Team Cat, what have you got?