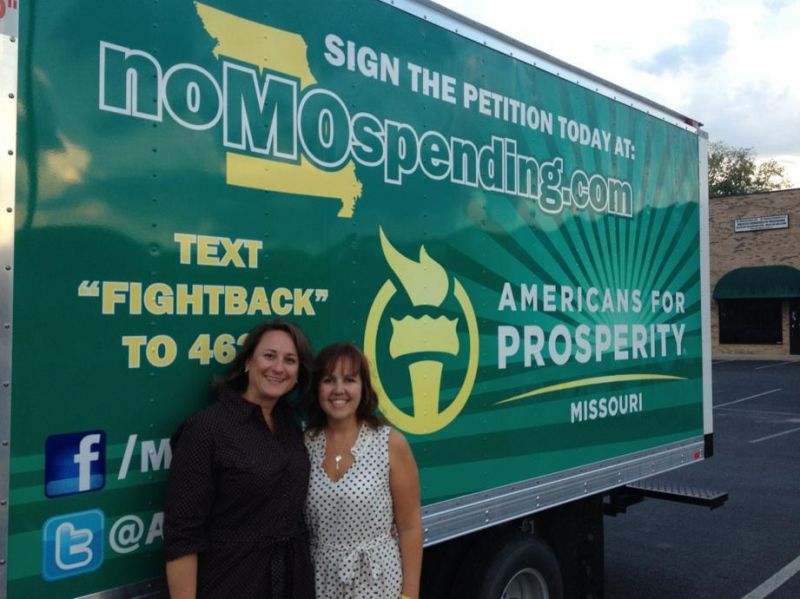 But is that money well-spent? Has it moved the dial of public support? Is Obama less likely to win reelection? AFP doesn’t know.

AFP president Tim Phillips told Mother Jones at a press conference Monday afternoon that he couldn’t speak to the effectiveness of his group’s multi-million-dollar anti-Obama campaign. “It’s difficult to assess the kind of bang for buck, candidly,” he said. “We just wanted to take a stand.”

AFP is one of the most powerful political players in national conservative politics. The organization has 200-plus staffers on its payroll, chapters and affiliates in 34 states, and its overall budget will top $100 million in 2012. Because AFP is a nonprofit, it does not disclose its donors and cannot make politicking the bulk of what it does. According to ProPublica, AFP and another politically active nonprofit, the Rove-backed Crossroads GPS, spent more money on TV ads through mid-August than every super-PAC combined.

Phillips pointed out that AFP’s anti-Obama ads—seen here, here, here, and here—are the first in the group’s eight-year history to specifically call for any one candidate’s defeat. “It was a very difficult decision for this organization. We’ve been around eight years and we’ve never done express advocacy,” he said, referring to the type of ad advocating a vote for or against a candidate. “Frankly we prefer not to” run express advocacy ads, he added.

Phillips also cast doubt on whether AFP will run these kinds of politically charged ads in the future. “Frankly, we don’t want to do this, and I don’t suspect next year you’ll see us, or the next year, doing this again, or in a very limited fashion,” he said.