Americans on Twitter were not the only ones confused by the bizarre speech made by actor/director Clint Eastwood at the 2012 GOP convention last night: It was the speech heard ’round the world. Eastwood’s conversation with a chair, which presumably held an imaginary President Obama, has been featured in many international news outlets. And while the Obama camp is asking the media to refer all questions about the speech to deceased surrealist painter, Salvador Dalí, it might be useful to also look to the global press for an outside perspective.

Here’s a roundup of what various non-English outlets have been saying about Eastwood. Translations courtesy of the extensive language skills of Mother Jones‘ staff and Google. If you see another good clip from a foreign news source, or have a suggestion about a translation below, please send it our way in the comments. We’ll update with the best submissions! 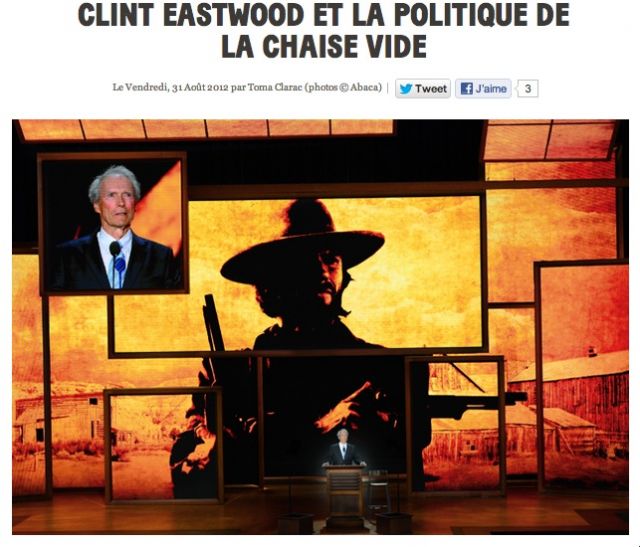 Best Quote: Alone facing thousands of hardcore Republicans, Eastwood looked to something familiar for support. He started a laborious name-dropping routine to undercut the image of a denizen of Hollywood (that bastion of socialism)…Then, in a hesitant voice (did he forget his script? was he improvising? had he lost his mind?) he turned to an empty stool, upon which he found Barack Obama, invisible for the moment, but that didn’t matter: Clint is nothing but the shadow of his former self. And the gimmick he used, which was halfway between Beckett (Waiting for Barack) and Ionesco (The Chairs) hardly worked for him. Unless all this is nothing but a sham—something along the lines of Brechtian distancing. (GQ Magazine-France) 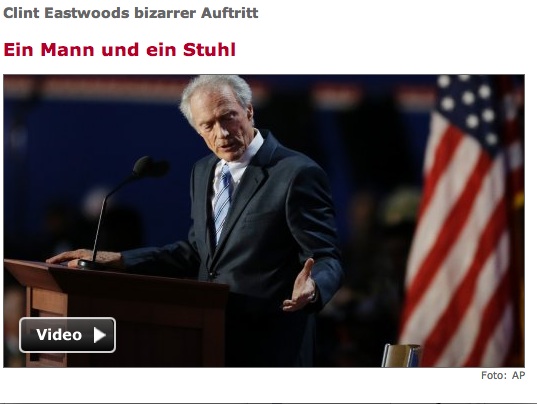 Best Quote: The 82-year-old cut off the applause with a brief, “save some for Mitt.” But then his coolness suddenly evaporated. Eastwood spoke without a script or a teleprompter, which evidently can be a problem even for an experienced actor. He leapt from topic to topic without ever carrying one argument through to a satisfactory conclusion. Granted, it did not seem to bother the Republicans. Over and over, applause and cheers rang out. But on the outside, away from the Republican base in Tampa, the reaction to Eastwood’s appearance was a disbelieving shake of the head. (der Spiegel) 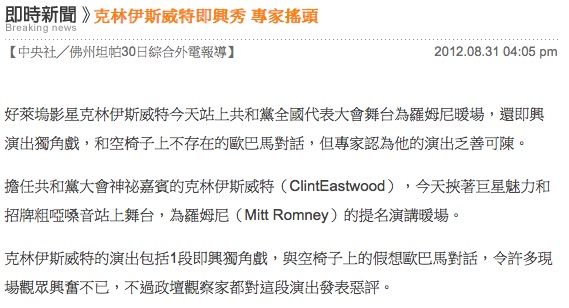 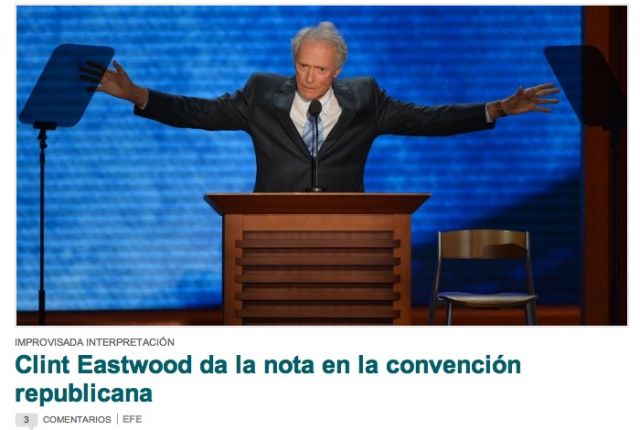 Best Quote: The actor, who came onstage to the theme from “The Good, The Bad, And The Ugly,” started his speech with a biting dialogue in which he pretended to speak with a chair in which an imaginary Obama was seated. Eastwood asked him various questions that, obviously, didn’t draw a response. (La Gaceta) 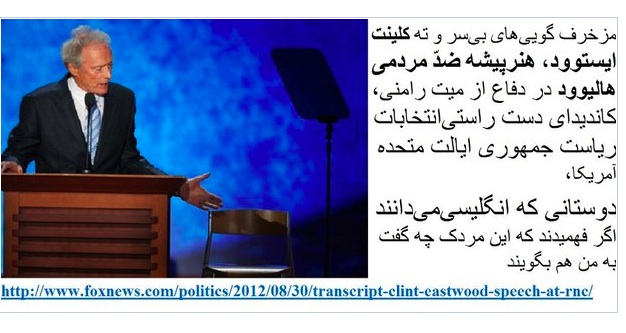 Best Quote: “Nonsense from Clint Eastwood, anti-people Hollywood actor, in defense of Mitt Romney, the Right’s candidate for the U.S. elections.    For friends who know English, if you understand what this guy said, let me know too.” (The Atlantic) 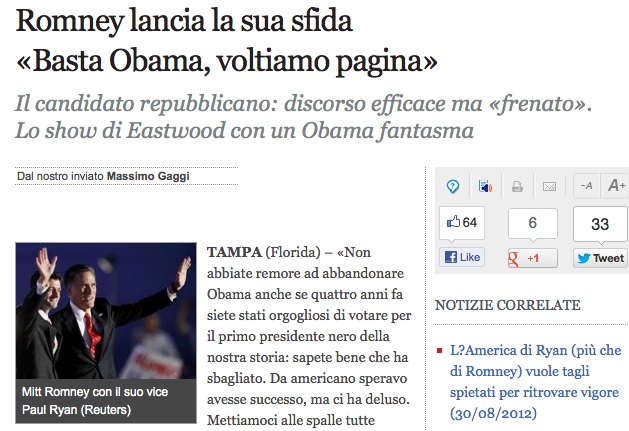 Best Quote: Not to mention Hollywood sacred cow Clint Eastwood, who came on as a surprise speaker to take part in the “coronation” of the former Massachusetts governor. His performance wowed the crowd, though it was not without its grotesque moments: the great actor and director interviewed an empty chair, pretending that Obama was sitting there. He asked questions and gave answers… concluding with a diss that Obama had turned out worse than Vice President Biden. (Corriere della Sera) 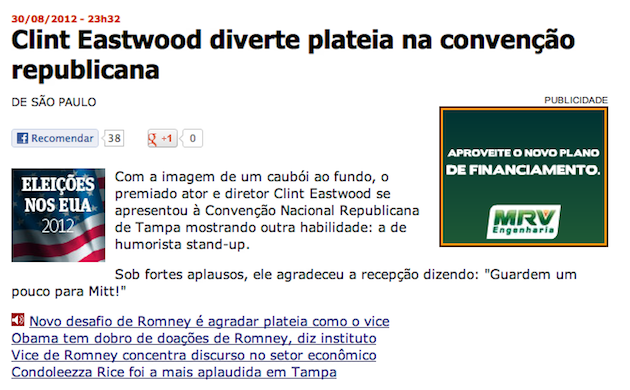 Best Quote: With the image of a cowboy in the background, award winning actor and director Clint Eastwood spoke at the National Republican Convention in Tampa, showcasing a different ability: stand-up comedian. (Folha, with translation assist from Brazilian-American journalist Mario Furloni)