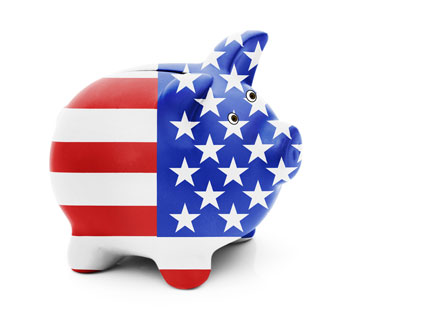 Conservative super-PACs dominated their Democratic rivals in the latest round of fundraising, according to reports from the Federal Election Commission filed Monday.

Restore Our Future, a super-PAC supporting presumptive GOP presidential nominee Mitt Romney, brought in $7.5 million in July, finishing with an imposing $20.5 million in the bank. Top contributors include Texas homebuilder and super donor Bob Perry, who gave another $2 million.

Perry was already top donor to the group and the latest donation pushes his total to a whopping $8 million. Another major donor was the Renco Group, a family-owned investment company associated with billionaire investor Ira Rennert, which gave $1 million.

Meanwhile, the Democratic super-PACs didn’t fare quite as well.

Priorities USA Action, which supports President Barack Obama, brought in $4.8 million in July, a hefty total but well short of the pro-Romney group. It finished the month with $4.2 million on hand, about a fifth as much as the Restore Our Future juggernaut.

Major July contributions include $1 million from Mel Heifetz, a Philadelphia-based real estate investor involved in gay rights; $750,000 from billionaire Jon Stryker, an advocate for saving the great apes of the world and a supporter of social justice issues; and $500,000 from Anne Cox Chambers, primary owner of media giant Cox Enterprises.

Majority PAC, the Democratic super-PAC aiming to elect Democrats to the US Senate, took in $2.4 million in July and finished with $3.5 million on hand. Its top contributor last month was the super-PAC Working for Working Americans, which gave $1 million.

House Majority PAC, the Democratic super-PAC aiming to elect Democrats to the US House, reported bringing in $764,000 in July. It closed the month with $4.6 million on hand. The month’s top donors include the International Association of Firefighters with $250,000 and the International Brotherhood of Electrical Workers with $350,000.

Former Ron Paul fan and super donor Peter Thiel gave another $1 million to the conservative super-PAC Club for Growth Action. The super-PAC took in $2.9 million in July and finished the month with $2.4 million.

Joe Ricketts, founder of TD Ameritrade, gave Ending Spending Action Fund, the conservative super-PAC he founded, $375,000. The super-PAC also got a $24,000 in-kind contribution from its sister nonprofit, Ending Spending Inc., which does not disclose its donors. The super-PAC brought in $400,000 in July and finished the month with $218,000.

Tea-party aligned super-PAC FreedomWorks for America brought in $539,000 in July and closed the month with $1 million on hand. Its affiliated, non-disclosing nonprofit, FreedomWorks Inc., was the super-PAC’s biggest contributor, providing $67,000 in in-kind contributions.

The Center for Public Integrity is a non-profit, independent investigative news outlets, for more of their stories go to www.publicintegrity.org.