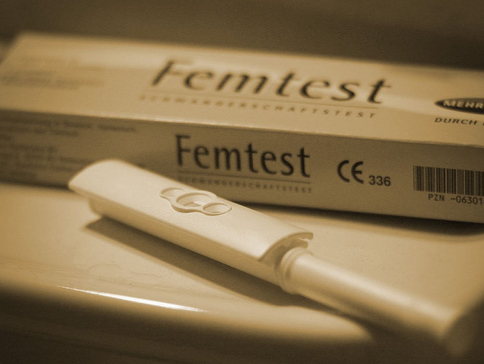 A public charter school in Louisiana is getting national attention for requiring female students to take pregnancy tests if they are suspected of being pregnant and, if they are, forcing them to leave school. The ACLU of Louisiana sent a letter to the Delhi Charter School on Monday arguing that the policy is unconstitutional and “in clear violation of federal law.”

Delhi is a kindergarten through 12th grade public school in a town by the same name in northeastern Louisiana. Its “student pregnancy policy” states that the school seeks to ensure that students “exhibit acceptable character traits”—and in order to do so, allows the school to force any “suspected student” to take a pregnancy test. Here’s the policy:

If an administrator or teacher suspects a student is pregnant, a parent conference will be held. The school reserves the right to require any female student to take a pregnancy test to confirm whether or not the suspected student is in fact pregnant. The school further reserves the right to refer the suspected student to a physician of its choice. If the test indicates that the student is pregnant, the student will not be permitted to attend classes on the campus of Delhi Charter School.

“I am not aware of anything else like this,” said Marjorie Esman, executive director of the ACLU of Louisiana. “This so blatantly illegal and discriminatory. This is about as draconian as anything I have ever seen.” Esman said the policy is not new, but had been brought to the ACLU’s attention this summer.

In the letter to the school, the ACLU argues that the policy violates the Title IX federal protections against educational discrimination on the basis of sex as well as the Equal Protection Clause of the 14th Amendment.

School administrators did not respond to requests for comment via email and telephone at press time.