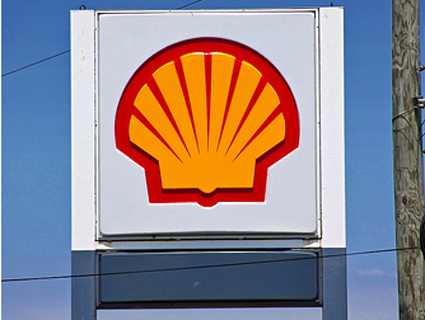 The Department of Interior greenlighted a plan Thursday to let Shell make drilling preparations in Alaska’s Chukchi Sea, before some of the final approvals to drill in the sea are in place. The news riled enviros, who argue that the company has not demonstrated it is ready to deal with an accident in the freezing waters of the Arctic.

In a call with reporters on Thursday, Interior Secretary Ken Salazar said that the approval is limited to “certain, limited preparatory activities.” The company will be allowed to dig mud line cellars, which are holes dug about 40 feet into the sea floor in which a blow-out preventer will be placed once oil drilling actually begins. (Readers will recall that a “blowout preventer” is that thing that failed to prevent a blowout during the BP spill down in the Gulf of Mexico.) The company will also be allowed to drill down 1,400 to 1,500 feet in preparation for the two casing strings.

Salazar and other Interior officials said that they do not believe that the preparatory work will tap into any oil wells, so the company can proceed before their emergency response equipment is ready. “We are confident it can be done safely and without risk to the environment,” he said.

Shell has been given most of the approvals to begin drilling in the Chukchi, but does not yet have its oil spill response barge, the Arctic Challenger, ready to begin work up in Alaska. The company has had problems with the boat, including citations for illegal discharges of hydraulic fluids earlier this month. Shell has asked for an extension of the drilling season so it can get more time up there after the barge’s delay. The exploration plan Interior approved says Shell will drill until September 24, but the company wants an 18-day extension.

Enviros are not fans of the entire idea of drilling in the Arctic. It’s remote, and the area is frozen over for six months out of the year, making spill cleanups extremely complicated. It’s also treacherous, with heavy winds and frequent storms, and it’s really dark much of the year. Allowing Shell to start work up there without having its emergency response ship in place “seems at best irresponsible,” said Cindy Shogan, executive director of the Alaska Wilderness League. Margaret Williams, managing director of World Wildlife Fund’s Arctic Program, was even more critical of the entire operation: “To drill in our Arctic Ocean is to gamble with its future.”