Danny Wilcox Frazier’s photography assignments have taken him around the world, from Afghanistan to Cuba, Kosovo to Tanzania, and many places in between. But for our September/October issue, we asked Frazier, a Mother Jones contributing photographer, to trek around the middle of America and check in with three candidates fighting to go back to Washington. While putting over 3,000 miles on his Toyota 4×4, Frazier followed Bob Kerrey, who once served as Nebraska’s governor and senator—and now hopes to serve as senator again—to two down-home Fourth of July parades. He travelled with Sen. Claire McCaskill, a Democrat in a conservative trending state, on a whistles-top tour of Missouri’s small towns as she fights outside-funded dark money attacks. And he followed Tammy Duckworth, an Iraq veteran and double-amputee now running for an Illinois congressional seat, who jokingly asked him to shoot only “her good side.” Together, the photos give a snapshot of the summer of 2012, when politics tints every ritual of the season. 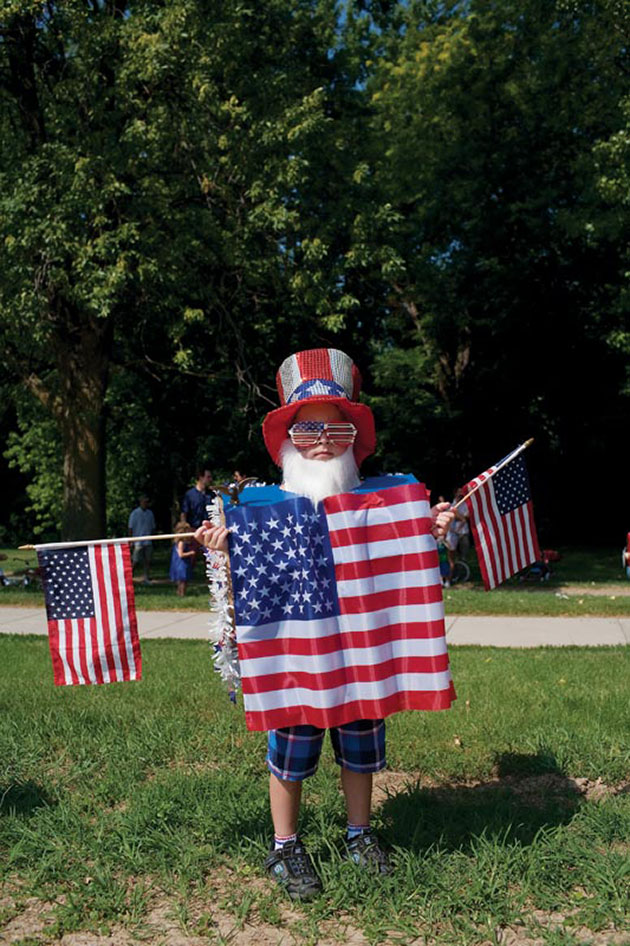 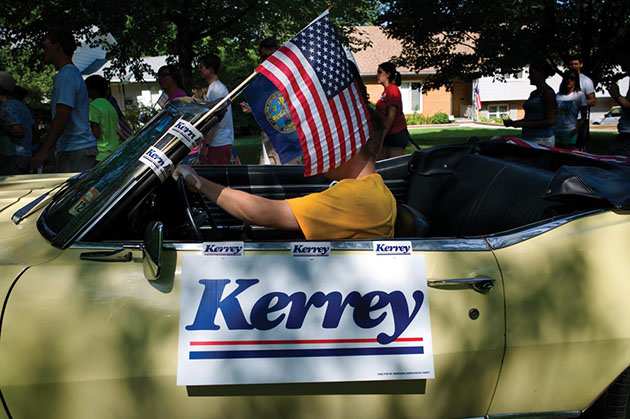 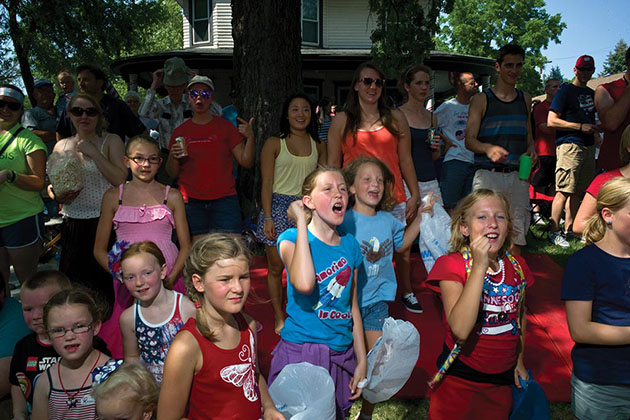 Children stand ready with their plastic bags to catch candy at a Fourth of July parade. Seward, Nebraska. 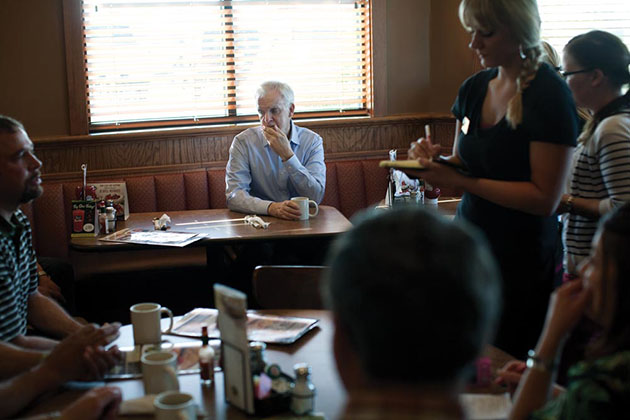 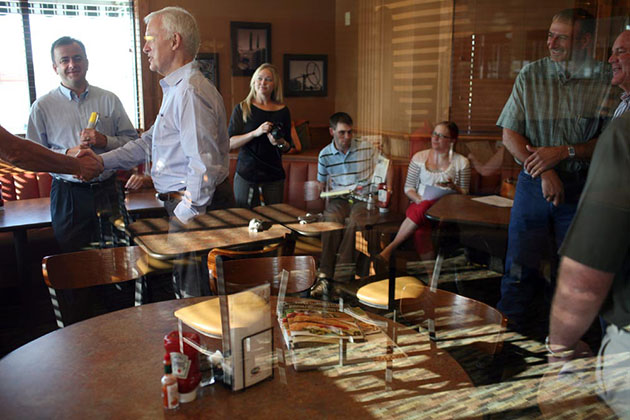 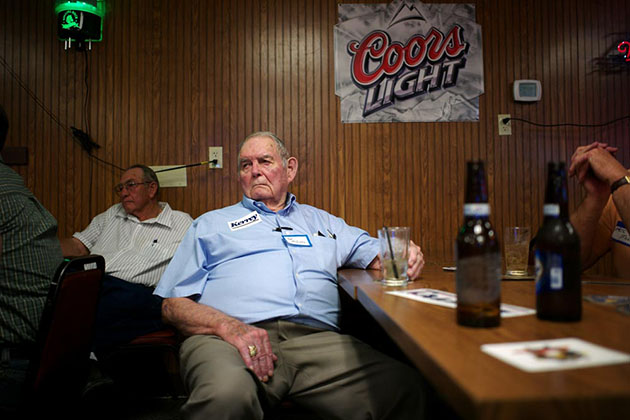 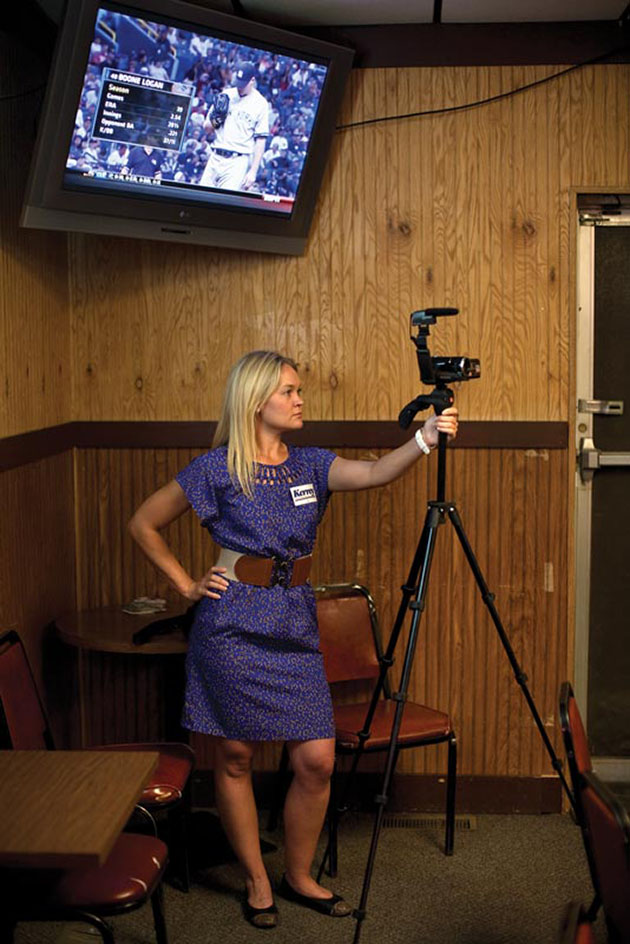 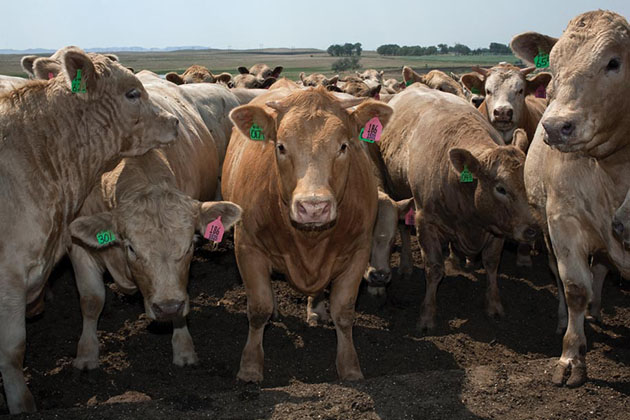 Cattle in a western Nebraska feedlot. 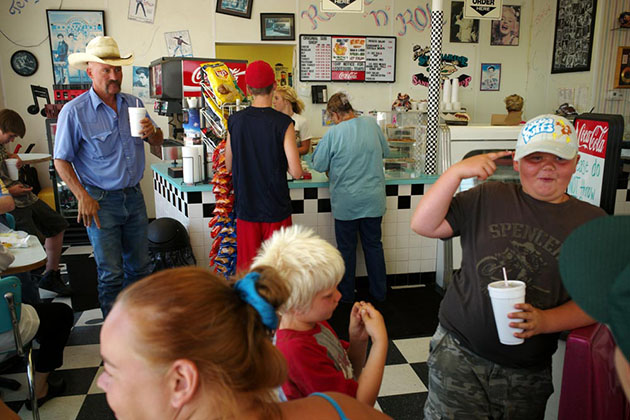 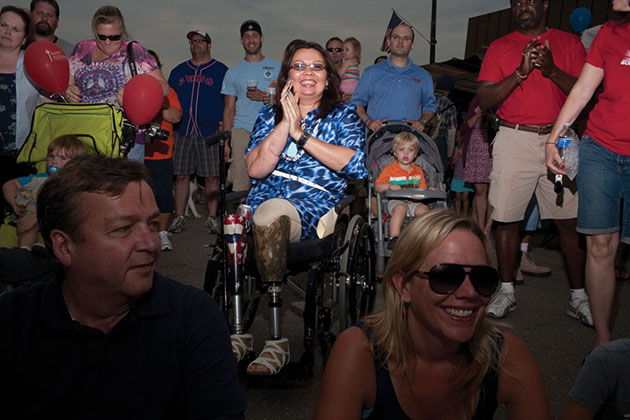 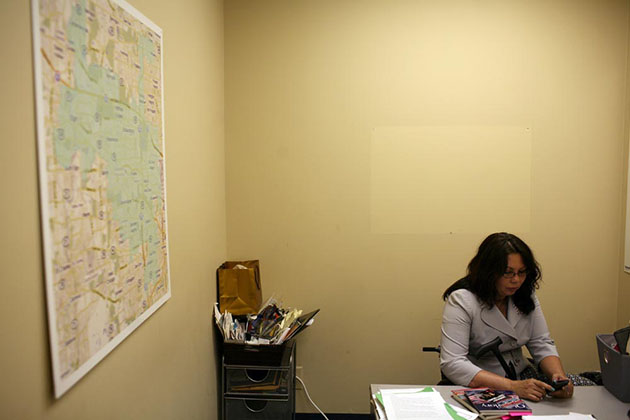 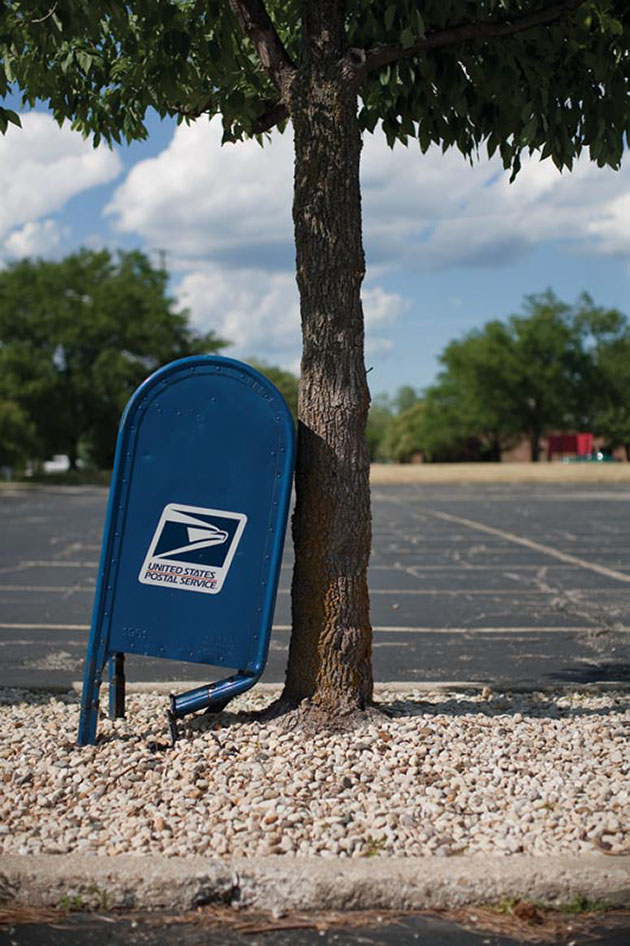 The sixth congressional district in suburban Chicago is dotted with vacant office complexes. Duckworth has made economic issues a key part of her campaign. Arlington Heights, Illinois. 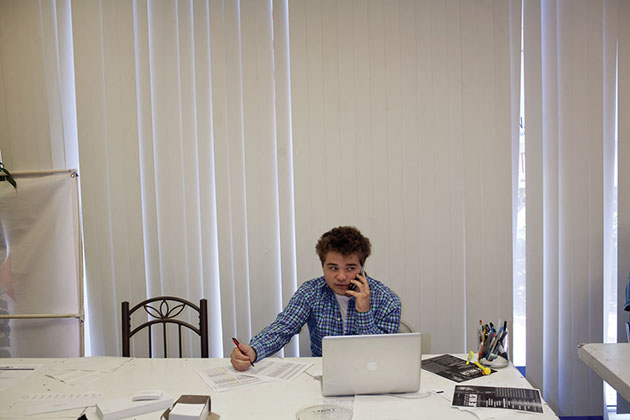 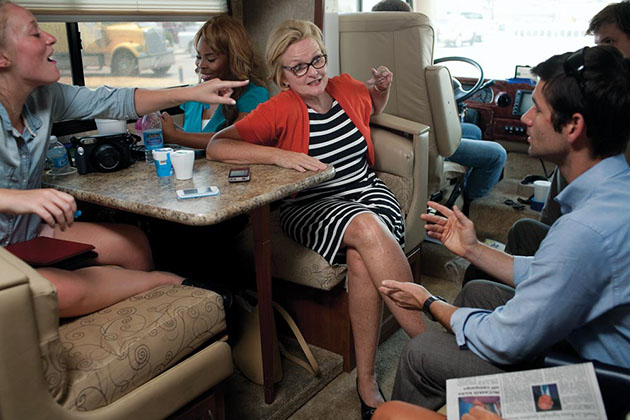 Sen. Claire McCaskill (D-Mo.) aboard a RV during her “In Our Town, On Our Side” campaign tour. Kennett, Missouri. 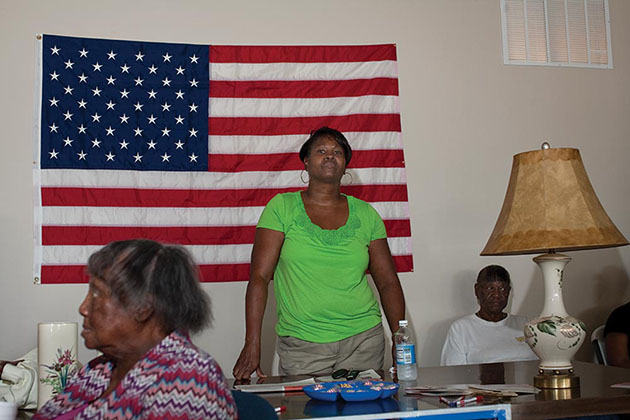 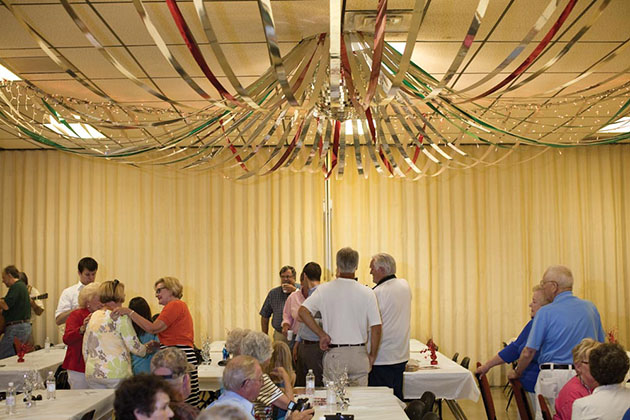 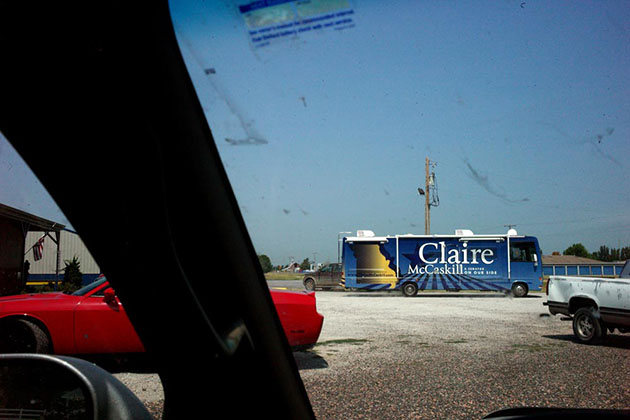 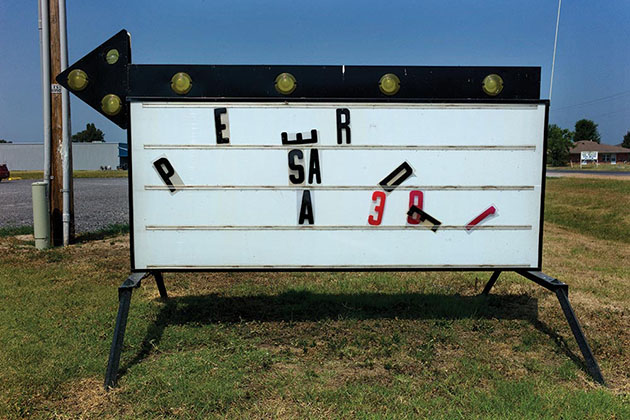 A sign outside Katie’s Diner, where McCaskill made a campaign stop. Portageville, Missouri. 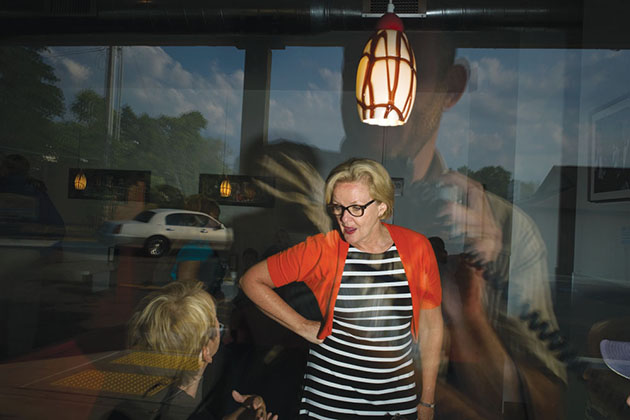