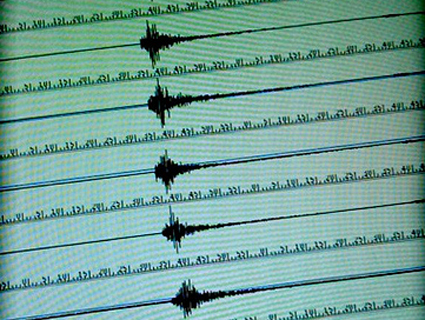 There has been increasing concern about the potential role of fracking in earthquakes. The worries prompted the the US Geological Survey to look into it, and scientists found that the increase in earthquakes is likely man-made, but probably caused more by wastewater disposal than fracking itself. Now, a fabulous new piece from EnergyWire looks a little more deeply at the wastewater connection.

Reporter Mike Soraghan visited Oklahoma, where state officials are taking their time investigating the connection between the industrial processes and a magnitude-5.6 quake that damaged homes and highways along the Wilzetta Fault last year:

The oil companies that operate the nearby wells say they couldn’t have triggered the quake. But scientists say injection certainly can unleash earthquakes. University of Oklahoma seismologist Katie Keranen, who has been studying the earthquake since the day it happened, says there’s evidence to back up Loveland’s hunch.

“There’s a compelling link between the zone of injection and seismicity,” Keranen said at a seismological conference in April. She’s one of a handful of scientists who see evidence of such a connection.

Like Loveland, people who see potential connections between the quake and drilling activities are resigned rather than resentful. Most seem ready to wait while the state gathers information.

The whole article is an informative read on the state of science and policy when it comes to these quakes.