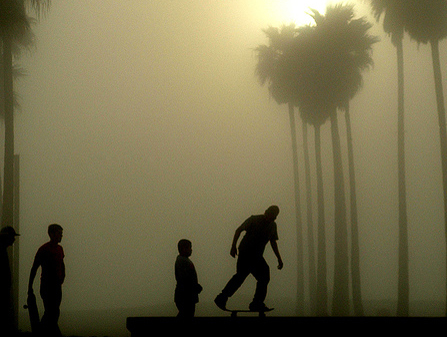 Smog standards that the Environmental Protection Agency proposed in 2010 could save as many as 4,130 lives per year, according to a new study from researchers at Johns Hopkins University. Just one problem: those standards are on indefinite hold.

More than two years ago, the EPA unveiled tougher new rules on ozone pollution. But in September 2011, President Obama stepped in to block the new rules as part of his administration’s effort to remove “regulatory burdens.” New rules are delayed until 2013, at the earliest.

This is particularly problematic during periods of extreme heat like we’ve seen this summer. Ozone levels rise with temperatures, contributing to poor air quality that is especially harmful to folks with asthma or other respiratory and cardiovascular conditions. It can be deadly, but it can also result in more trips to the hospital and more missed days of work and school. As Environmental Health News reports, this will only become more important in the warmer future:

“We contend that a more stringent standard would prevent a substantial number of adverse health outcomes,” wrote the researchers, led by senior scientist Frank Curriero of the Johns Hopkins Bloomberg School of Public Health.

The team calculated the reduced deaths by incorporating data from a variety of health studies around the country that have found that whenever ozone levels rise, deaths and hospitalizations from cardiovascular and respiratory problems rise, too.

The authors warned that as temperatures heat up due to global warming, smog levels will worsen and deaths will increase. “Implementation of tigher emissions regulation is important because ambient ozone levels are predicted to rise with changes in global climate,” they wrote.

But you know, everyone can wait until after the election to worry about that.