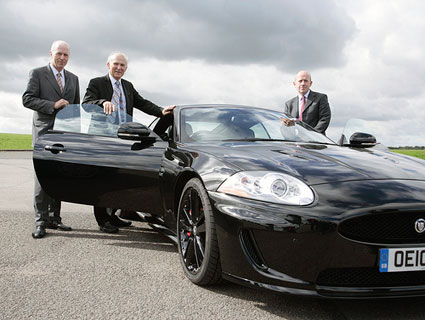 While most Americans don’t object to Obama’s plan to raise taxes on the wealthy, they’re less excited about raising them for family-owned barbershops and ice cream parlors. This may be why Mitt Romney often claims that collecting more taxes from high earners would hurt mom-and-pop employers whose profits are taxed as individual income. “This is a direct attack on small business,” he declared at a recent campaign stop in Virginia. His argument has the support of a powerful ally: the National Federation of Independent Businesses (NFIB), a “nonpartisan” small-business advocacy group that has put defending the Bush tax cuts for the richest of the rich near the top of its political agenda.

Often cited as the leading voice of small business, the NFIB was founded in 1943 by a former US Chamber of Commerce staffer who thought that business groups were neglecting the little guys. Today it claims 350,000 members, chapters in all 50 states, and a $95 million budget. In May, the Washington Post cited the NFIB to back up Romney’s attacks on Obama’s tax plan, reporting that the group had given an F to the portion of Obama’s budget that deals with taxing the wealthy.

“They have proved themselves to be just a shill operation for big corporations,” says Rick Poore, the owner of DesignWear, a 35-person screen printing shop in Nebraska and member of the Main Street Alliance, a business association that disagrees with the NFIB on many issues. “People just jump onboard because it has all the right sound bites, but in reality so much of it is against their own best interests.”

A $3.7 million transfer to NFIB from Karl Rove’s American Crossroads GPS was part of a new strategy of “funding the right.”

The NFIB’s growing reputation as an attack dog for Republicans was reinforced last year when it became the lead plaintiff in the (recently failed) Supreme Court case against Obamacare. Yet the lawsuit diverted media attention from its similarly fierce opposition to taxes on the wealthy. According to federal filings, the NFIB had a $3 million lobbying budget last year; the top issues it pursued with those funds included opposing higher individual tax rates, fighting the “death tax,” and supporting “business tax reform.”

For 40 years, the NFIB has been conducting surveys asking members to name their most important problem. Taxes and regulations have always ranked high—though the surveys don’t distinguish between personal income taxes and other taxes affecting small businesses. But in recent months, the biggest of all concerns has been “poor sales,” suggesting that it’s the lack of consumer demand, not big government, that’s crimping the economy. So why does the NFIB continue to focus on reducing tax bills for the wealthiest Americans?

The group did not return calls seeking comment for this story, but one answer may lie in the NFIB’s evolving finances. It has traditionally been supported almost entirely by membership dues; as recently as 2009, its largest single donation from an outside entity was just $21,000. But during the last two years, the NFIB suddenly received nearly $7 million in the form of just five contributions of $180,000 or more—not exactly the kind of money that most small business owners can afford to fork over. Of those five donations, the only one with a known source is a $3.7 million transfer from Karl Rove’s Crossroads GPS, the dark-money arm of his political fundraising juggernaut. The 2010 donation was part of American Crossroads’ new strategy of “funding the right,” Weekly Standard editor Fred Barnes explained in a Wall Street Journal op-ed, adding that American Crossroads decided “it was money well spent.”

Republican politicians have received 98 percent of the NFIB’s $350,000 in political donations this year; unsurprisingly, they are embracing the group’s increasing interest in the travails of the rich. Mitt Romney was quick to bring up the income tax issue in June when he spoke to NFIB members on a conference call: “One of the president’s most burdensome and onerous policies with respect to small business is to raise the marginal tax rate,” he said, referring to Obama’s proposal to increase rates on the highest personal income tax bracket. “If you raise that from 35 to 40 percent, it means that less capital is staying in your business, less ability to grow your business, and less ability to hire people.”

The NFIB has even found some allies among Democrats—particularly in regards to the estate tax, which NFIB has been fighting for years through its Family Business Estate Tax Coalition. Last week, Senate Democrats removed a provision from their tax bill that would have earned the government an additional $21 billion next year through the reversal of a 2009 cut to the estate tax. Yet the Senate bill still aims to reverse the Bush tax cuts for personal incomes above $200,000 (earning the federal government an additional $28 billion), which is why it’s still expected to be opposed by Republicans when it comes up for a vote later this week.

The NFIB, which is based in Tennessee, hasn’t limited its influence to Washington. In recent months, state-level NFIB chapters have fought efforts to raise taxes on high earners in California, New York, New Jersey, Connecticut, and Maryland. Californians for Reforms and Jobs, Not Taxes—the group leading the charge against California’s Proposition 30, a “millionaire’s tax” ballot initiative backed by Gov. Jerry Brown—was created last month with the help of the NFIB’s California chapter. “While the Governor would like for you to believe that this is a ‘Millionaire’s Tax,'” wrote chapter director John Katabeck, “it would be more appropriate for him to deem it a ‘Mom and Pop Tax’—because that’s precisely who it would clobber the most!”

The NFIB has also gone on the offensive, supporting efforts to slash income taxes in Idaho, Iowa, Nebraska, Kansas, North Dakota, and Oklahoma, where the Republican governor wants to lower the top income tax rate by a third. NFIB Oklahoma director Jerrod Shouse explained in a press release that lowering taxes on the rich “means they have more money in their pockets to spend, and that’s good for small businesses and the economy.”

In mid July the NFIB released a widely cited study by the accounting firm Ernst & Young that claimed Obama’s tax plan would result in “a smaller economy, fewer jobs, less investment, and lower wages.” Authored by a former Bush Treasury Department appointee, it was immediately criticized by the White House, which pointed out that nonpartisan budget experts have found that its plan to pay down the deficit with new tax revenue would help the economy in the long run by leading to lower interest rates and higher investment—the opposite of what the NFIB study concluded.

Faced with speculation about its political agenda when its ties to Crossroads GPS were disclosed earlier this year, the NFIB denied that the Crossroads cash funded its Supreme Court case against Obamacare—but it has made no similar assurances when it comes to its rising efforts to fight higher taxes on the wealthy. Donors to American Crossroads’ affiliated political action committee include prominent billionaires such as nuclear waste mogul Harold Simmons, hotelier Robert Rowling, and real estate baron Sam Zell.

Moreover, leaders of the NFIB itself have a direct stake in the anti-tax mission. Last year the group paid its president, former steel lobbyist Dan Danner, more than $700,000. At least seven other NFIB staffers also earn salaries in excess of $250,000, the cutoff for paying higher taxes under the Obama plan. And many of the businesspeople on NFIB’s board of directors operate companies that are small in name only. For instance, board member James M. Herr is the CEO of snack-food maker Herr Foods Inc., a “$200 million family business,” according to its website.

Nebraska businessman Rick Poore, whose screen printing shop grosses $5 million a year, believes that the economy won’t turn around until the government does more to lift the fortunes of the middle class, instead of the profits of corporations and wealthy business owners. “Give me more customers, and I will hire more people,” he says. “Give me a tax break, and I will take my wife to Aruba.”