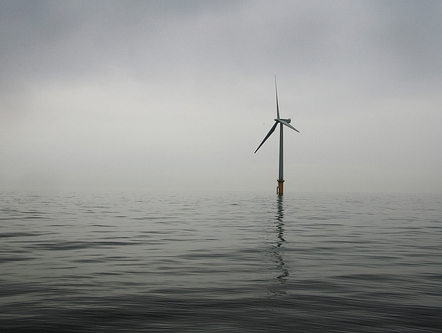 After more than a year of failing to find a scandal in the Obama administration’s loan to bankrupt solar company Solyndra, House Oversight Committee Chair Darrell Issa (R-Calif.) is now probing whether the Federal Aviation Administration’s approval of the Cape Wind project was “politically based.”

Issa and Transportation Committee Chair John Mica (R-Fla.) sent a letter to FAA chief Michael Huerta last week saying that they have “significant questions” about the project’s approval, based on emails among staff that noted that the project consideration was “political.” The letter strongly indicates that the White House might have pressured the FAA to approve the offshore wind project, which would be the first in the nation, as part of its green energy agenda. “A politically based determination of the Cape Wind project by FAA is an unacceptable use of federal authority, contravenes FAA’s statutory mandate, and raises significant safety concerns for aviation in Nantucket Sound,” they wrote.

The top-ranking Republicans requested any communication regarding Cape Wind between the FAA, the project developers, and the White House for the last three and a half years by the end of the month. The FAA’s approval was necessary to ensure that the 130 turbines in the project didn’t interfere with flight paths or radar.

Cape Wind was first proposed back in 2001 and finally won approval in 2010, after years of political wrangling in Massachusetts. Construction is expected to start next year and begin producing power in 2015. Of course the project was political, pitting big players in the state like the governor and the Kennedys, against each other. But that doesn’t mean that the FAA’s initial decision to approve it was politically motivated.