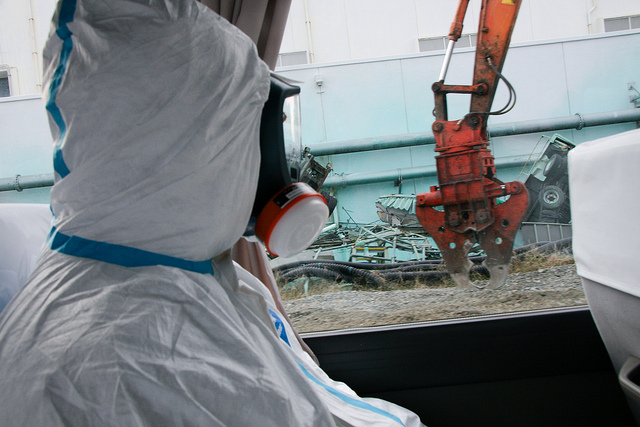 Japan’s 2011 earthquake and tsunami were natural disasters. But the fustercluck at the Fukushima Nuclear Power Plant was an epic man-made fail arising from a deeply-ingrained mindset among Japanese industry, government, and people, including a cultural reluctance to question authority.

That’s the conclusion of a 600-page Japanese parliamentary report that draws on interviews with more than 1,000 people and hearings that lasted 900 hours. From the the Fukushima Nuclear Accident Independent Investigation Commission report (English version here):

“It was a profoundly manmade disaster—that could and should have been foreseen and prevented.”

The TEPCO Fukushima Nuclear Power Plant accident was the result of collusion between the government, the regulators and TEPCO, and the lack of governance by said parties. They effectively betrayed the nation’s right to be safe from nuclear accidents. Therefore, we conclude that the accident was clearly “manmade.” We believe that the root causes were the organizational and regulatory systems that supported faulty rationales for decisions and actions, rather than issues relating to the competency of any specific individual.

There were many opportunities for taking preventive measures prior to 11 March 2011. The accident occurred because the plant operator TEPCO didn’t take these measures, and because the regulatory bodies NISA and the Nuclear Safety Commission (NSC) went along with that:

They either intentionally postponed putting safety measures in place, or made decisions based on their organization’s self interest, and not in the interest of public safety. 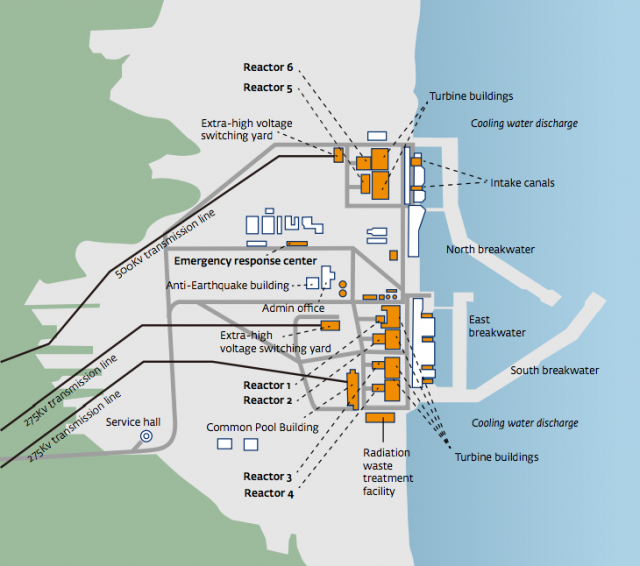 The causes of the accident were all foreseeable prior to 11 March 2011, the report concludes. Yet Fukushima was unprepared and therefore incapable of withstanding the earthquake and tsunami. The people and organizations in control failed to develop the most basic safety requirements, including:

“If Japan had implemented measures in the B.5.b subsection of the US security order that followed the 9/11 terrorist attack, the Fukushima accident may have been preventable.”

The government, regulators, and TEPCO also failed to: 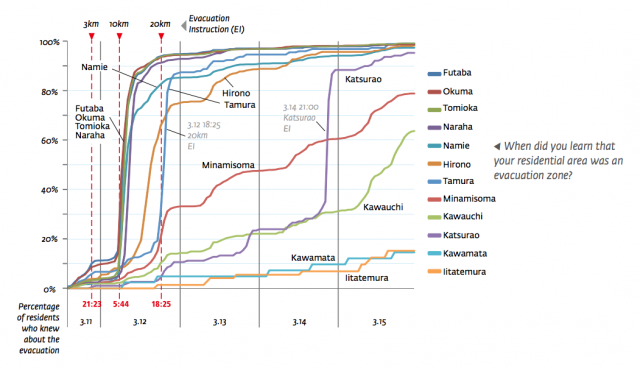 The report also analyzes when and how people in the nuclear evacuation zone learned about the nuclear disaster (image above). It quotes from several residents on the complicating effects of unpreparedness:

“If there had been even a word about a nuclear power plant when the evacuation was ordered, we could have reacted reasonably, taken our valuables with us or locked up the house before we had left. We had to run with nothing but the clothes we were wearing. It is such a disappointment every time we are briefly allowed to return home only to find out that we have been robbed again.”

“We wanted to hear clearly that we would not be able to return for awhile. I couldn’t bring my valuables with me. In particular, because records of medical treatment were left at home, my parents’ conditions worsened during evacuation.” 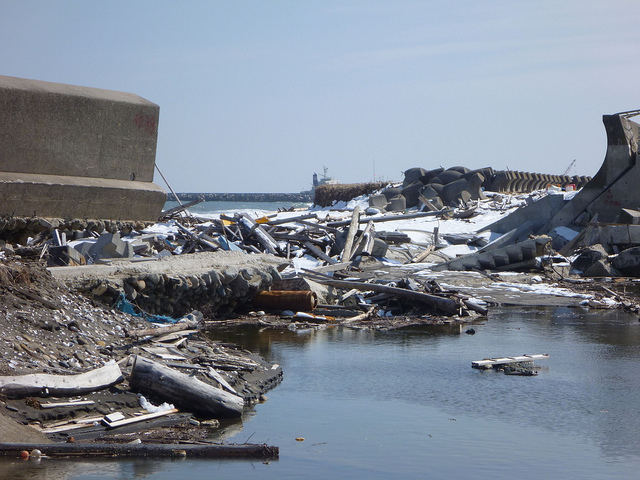 Damage to Fukushima prefecture: Hajime NAKANO via FlickrThe tone of the report is simultaneously self-searching and scathing:

The Commission believes the root causes of this accident cannot be resolved and that the people’s confidence cannot be recovered as long as this “manmade disaster” is seen as the result of error by a specific individual. The underlying issue is the social structure that results in “regulatory capture,” and the organizational, institutional, and legal framework that allows individuals to justify their own actions, hide them when inconvenient, and leave no records in order to avoid responsibility. Across the board, the Commission found ignorance and arrogance unforgivable for anyone or any organization that deals with nuclear power. We found a disregard for global trends and a disregard for public safety. We found a habit of adherence to conditions based on conventional procedures and prior practices, with a priority on avoiding risk to the organization. We found an organization-driven mindset that prioritized benefits to the organization at the expense of the public.

The report casts system-wide blame, reinforcing doubt about the wisdom of Japan’s restart of its nuclear reactor in the town of Ohi in Fukui prefecture on Sunday—the first restart since all reactors were shut down post Fukushima.