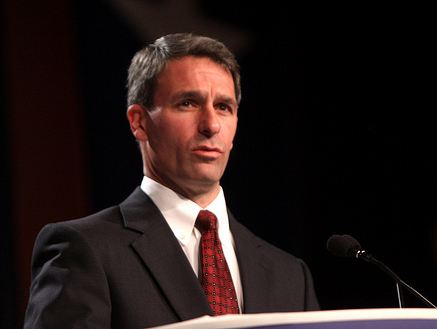 Ken Cuccinelli, Virginia’s crusading GOP attorney general, has refused to certify regulations from the Virginia Board of Health that would allow existing abortion clinics in the state to stay open.

The Virginia legislature passed a strict new set of rules in August 2011 that threatened to shut down a number of clinics in the state. The rules would force clinics that provide abortions to meet the standards of outpatient surgical centers—including specific requirements about the size of the rooms; the width of the hallways; the location of the bathrooms; the specifications of the heating, ventilation, air conditioning systems; and the number of parking spaces. Reproductive rights groups say that most of the 23 clinics offering abortions in the state would likely be unable to meet all the new standards unless they found new facilities or made major changes to their current ones.

After nine hours of debate and a large protest, the Virginia Board of Health voted in June to amend the regulations to grandfather-in existing clinics, allowing the current offices to stay open. But now Cuccinelli is blocking the Board of Health’s decision, arguing that the board “exceeded its authority” in amending the rules.

That’s an interesting argument, considering that the Board of Health exists make and enforce regulations, as well as to provide “for reasonable variances and exemptions therefrom.” Opponents of the strict abortion regulation say it’s Cuccinelli who is overstepping his authority. “The Attorney General has no basis to exert veto power over these regulations,” said ProgressVA Executive Director Anna Scholl in a statement Monday night. “In Ken Cuccinelli’s desperate crusade to regulate away reproductive health access for Virginia’s women, he’s willing to completely ignore the parameters of the Attorney General’s office.”

Meanwhile, Cuccinelli’s boss and the guy whose job he’d like to have after the 2013 election, Gov. Bob McDonnell, last week appointed a staunchly anti-abortion doctor who helped write the harsh new clinic regulations to an open seat on the Board of Health. Dr. John W. Seeds is an obstetrician at the Virginia Commonwealth University Medical Center and the vice chairman of Virginia OBGYNS For Life, and has written for the Virginia Christian Alliance about how “Abortion is the voluntary killing of a human life that requires, in my opinion, turning away from God and his love,” the Richmond Times-Dispatch reports.

This latest appointment has abortion rights groups worried, as Cuccinelli’s move means that the regulations will likely end up back before a board that is now even more anti-abortion.