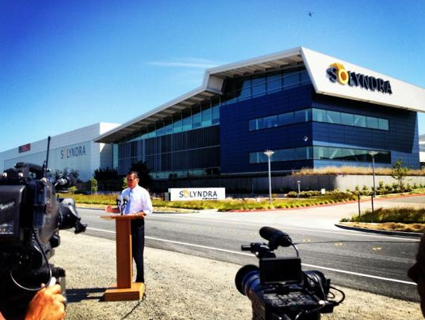 McKay Coppins had a good piece at Buzzfeed on Friday looking at the contrasting styles of Mitt Romney and John McCain. The short of it is that the conservative base was always suspicious of McCain, and he encouraged their fears by failing to show sufficient “grit.” Romney, as demonstrated by his campaign’s coordinated heckling of David Axelrod and the candidate’s surprise visit to Solyndra, is different. The base is happy—happy enough to overlook the fact that Romney is a moderate. As Coppins puts it, “[H]is new appeal to the right marks a recognition that he can court conservatives without, in any traditional sense, ‘tacking right.'”

Really, though? The evidence on the first point is compelling; one conservative Coppins spoke to even compares Romney’s stunt war to Andrew Breitbart. But the evidence is also pretty clear that moderate Romney tacked very, very hard to the right over the course of the GOP primary. If conservatives are learning to love Romney, in part it’s because he’s adopted almost all of their preferred policies. Romney has been a vocal supporter of Wisconsin Rep. Paul Ryan’s budget, which the Center on Budget and Policy Priorities said at the time “would produce the largest redistribution of income from the bottom to the top in modern U.S. history, while increasing poverty and inequality more than any measure in recent times and possibly in the nation’s history.”

Romney came out against gay adoption the day after President Obama came out in favor of gay marriage. He supports eliminating all funding for Planned Parenthood from the federal budget, which is a roundabout way of saying he supports eliminating Title X funding for women’s health—a position that puts him to the right of Rick Santorum. He’s gone from holding progressive views on climate change to saying “we don’t know” whether humans have anything to do it. If deliberately ignoring the overwhelming scientific consensus to raise money and win votes isn’t tacking to the right, I’m really at a loss as to what is.