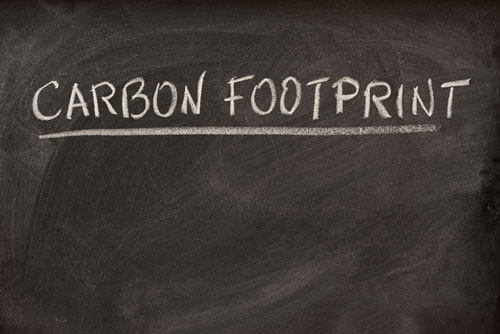 Important! But not the solution to climate change.marekuliasz/Shutterstock

Think the reason we can’t address climate change is because people don’t understand climate science? Think again: a new study suggests that people with higher scientific comprehension use their abilities not to disinterestedly parse the complicated details of climate science, but to better fit available evidence to their preexisting values and group identifications.

A team of researchers associated with the Cultural Cognition Project at Yale Law School compared scientific literacy and numeracy with beliefs about climate change and value-laden worldviews for an article published this week in Nature Climate Change. Their conclusions? As individuals’ scientific comprehension went up, concern about climate change declined slightly. That relationship isn’t what you’d expect to see if ignorance about science explained a lack of concern about climate change, as the “scientific comprehension thesis” (SCT) would suggest; the graph below demonstrates the difference between what SCT predicts and how people actually responded.

But not everyone with greater scientific understanding was equally likely to be less concerned about climate change; the correlation split sharply depending on respondents’ worldviews. As the study explains, “members of the public with the highest degrees of science literacy and technical reasoning capacity were not the most concerned about climate change. Rather, they were the ones among whom cultural polarization was greatest.” While those results don’t jibe with the SCT, they do make sense according something called the cultural cognition thesis (CCT), which suggests that people tend to perceive risks in a way that corresponds to the values of their identity groups.

Think about it: An oil worker who expresses concern about climate change may be mocked, while an English professor who calls climate science a hoax may be shunned. People therefore adjust their beliefs to fit those of others around them: according to the study, “public divisions over climate change stem not from the public’s incomprehension of science but from a distinctive conflict of interest: between the personal interest individuals have in forming beliefs in line with those held by others with whom they share close ties and the collective one they all share in making use of the best available science to promote common welfare.” Or, as researcher Ellen Peters of Ohio State University puts it, “What this study shows is that people with high science and math comprehension can think their way to conclusions that are better for them as individuals but are not necessarily better for society.”

More specifically, people with what the study identified as a “hierarchical individualist” worldview—one that values top-down authority—tended to see climate change as less of a risk as their scientific literacy and numeracy increased. On the other hand, people with an “egalitarian communitarian” worldview—one favoring “less regimented forms of social organization and greater collective attention to individual needs”—tended to perceive climate change as a greater risk as they gained scientific comprehension.

SCT prediction versus actual impact of the interaction between science literacy and numeracy, on the one hand, and cultural world-views, on the other. Kahan et.al, Nature Climate Change
In short, when it comes to climate change, people tend to accept or reject scientific information based upon whether it threatens or supports their existing values and relationships, and the effect is stronger among those who are better able to understand the implications of that information for their values. The researchers’ conclusions suggest that climate change is fundamentally a political issue, not simply a technical problem or information gap. They also suggest that green-minded efforts to educate climate change deniers in hopes of getting them to change their views are naive at best.

People who don’t believe in climate change aren’t merely ignorant, uneducated, or anti-science; on the contrary, many of them are actually pretty good at assessing their (at least short term) interests and evaluating threats to them. That means we can’t ignore the political and value questions associated with climate change—any strategy that assumes everyone with adequate scientific education will reach the same conclusions is doomed to fail.

The study’s lead author, Dan Kahan, a law professor at Yale, thinks that information about climate has to do more than simply communicate “the facts”: rather, it has to “create a climate of deliberations in which no group perceives that accepting any piece of evidence is akin to betrayal of their cultural group.” In other words, people have to feel that being concerned about climate change won’t result in them becoming ostracized by their social groups. The study suggests that it may be effective to use “culturally diverse communicators” who have credibility in different communities and are able to talk about climate change in less threatening ways. (In other words, don’t expect Al Gore to convince Rush Limbaugh listeners to care about climate, no matter how good his graphs are.)

But those kinds of communicators are few and far between; Fox News, for example, is already spinning the study’s findings to validate climate denialism. Moreover, while better communication might help reach some people, what happens when climate solutions actually do present a threat to certain worldviews and values, as some certainly will? This study doesn’t answer those questions. But it does suggest that some of the dominant narratives about why we aren’t dealing with climate change are lacking.