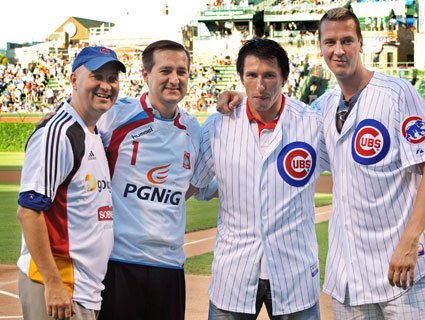 On Tuesday, Nebraska Republicans will pick their nominee to take on former Sen. Bob Kerrey (D) in November’s US Senate election (Democratic Sen. Ben Nelson is retiring). It’s a fairly straightforward race—in one corner, there’s establishment pick Jon Bruning, the state’s attorney general; in the other is state Sen. Deb Fischer, a tea party favorite who has the backing of Sarah Palin. Fischer holds a narrow lead according to the most recent poll of the race, and she’s had a little bit of help. As Nebraska Watchdog reports, over the final week of the campaign, a super-PAC called Ending Spending Action Fund has poured $200,000 into television ads attacking Bruning for using his political connections for his own enrichment. One week ago, Bruning had a 16-point lead. Now he trails Fischer by five points.

Ricketts, you may recall, is also one of the leading donors behind the Campaign for Primary Accountability, the super-PAC dedicated to financing primary challenges to entrenched incumbents in both parties. Ricketts gave that group $500,000. In 2010, Ending Spending dumped $600,000—all of it from Joe Ricketts—into the Nevada Senate race in the final month of the campaign in support of Sen. Harry Reid’s GOP challenger Sharron Angle. As Huffington Post‘s Amanda Terkel reported, the super-PAC was formed one month before the election, and its treasurer, Nancy Watkins, served as the treasurer for three other dark money outfits.

Super-PACs have been a dominant story of the presidential campaign so far, but their influence is just as pronounced at the state and district level, where a large sum of money can easily tip the scales in favor of one candidate or another.