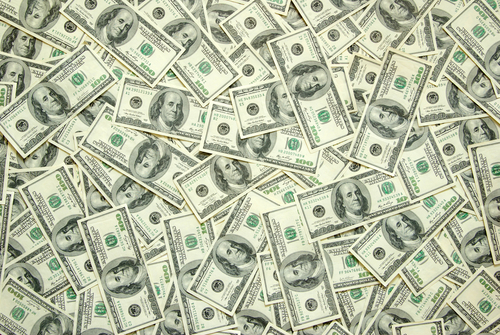 Newsflash: Americans want political candidates who’ll get rid of super-PACs and rid our elections of unaccountable dark money. And according to the results of a new poll, they’re prepared to vote to make that happen.

That’s a key takeaway from a poll unveiled Wednesday by Democracy Corps, the polling firm Greenberg Quinlan Rosner, and Public Campaign Action Fund, which supports curbing the amount of money in politics. Fifty-two percent of those polled, of all political persuasions, said they wouldn’t vote for a candidate unless he or she committed to reducing the role of money in politics.

Neither of the two dominant political parties has yet seized the issue of fixing the nation’s campaign finance system. But when one does, pollster Stan Greenberg says, it could pay off at the voting booth. “One of the parties needs to be seen as taking the initiative, cleaning up how we pay for elections,” he said. “We’re dealing with a corrupt system that’s a mess, where urgent reform is necessary, and where neither party has the advantage, but clearly there’s the opportunity.”

That desire to elect candidates who’ll mend the nation’s tattered campaign finance system grows out of a widespread loathing for big money in politics. Nearly all of those polled by GQR slammed the influence of super-PACs, which can raise and spend unlimited sums of money and have cranked up the negative tone of elections nationwide. Nearly 75 percent of respondents said they supported limiting the amount of money in politics; among tea party supporters, support for curbing political money topped 60 percent. “There aren’t many things we’ve tested that are viewed as negatively as super-PACs,” pollster Stan Greenberg said in a call with reporters.

You should, however, take these results with a grain of salt. Polls focusing on the money-in-politics issue may draw out strong opinions, but campaign finance barely registers in broader surveys about what issues matter to Americans. In an April analysis by the Pew Research Center, for instance, Americans said the economy, jobs, and the nation’s budget deficit topped their list of concerns. Campaign finance was nowhere to be found.

Here are the full results of the poll: