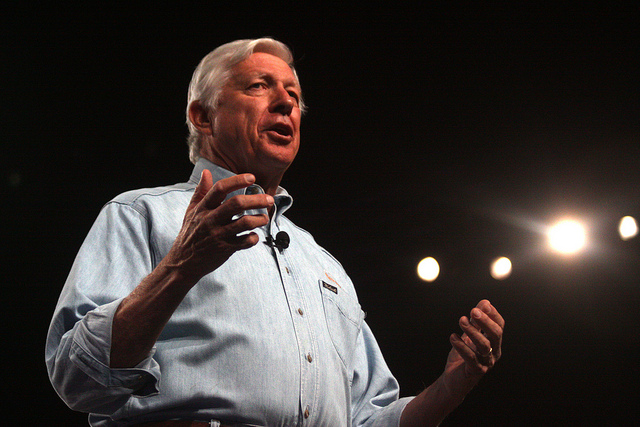 Rick Santorum and Foster Friess, the silver-haired, crocodile-hunting, born again financier who made his fortune in mutual funds, go way back. Friess helped raise money for Santorum as early as 1994, when Santorum first ran for US Senate in Pennsylvania. During Santorum’s surprisingly successful presidential campaign, Friess poured $1.6 million into a super-PAC called the Red, White, and Blue Fund that was devoted to helping Santorum win the GOP nomination. The money helped keep Santorum competitive in multiple primary states. But after Santorum dropped out of the race on Tuesday, it didn’t take long for Friess to jump on the Mitt Romney bandwagon.

“I’m obviously going to be of help [to Romney] in whatever way I can,” Friess told Politico‘s Ken Vogel, who broke the news. Friess continued: “I’ve got some plans as to how I might be able to be of help. The bottom line is, I’m going to be very supportive and I’ll probably have plans to share with you a little later on.”

If Friess does decide to go all-in for Romney, he could give a max of $2,500 to Romney’s campaign. But there’s no limit on what Friess can give to the pro-Romney super-PAC Restore Our Future. (An official with Restore Our Future did not respond to a request for comment about reaching out to Friess since Santorum’s departure.) Friess could also give to Karl Rove’s American Crossroads, a Republican super-PAC that plans to spend up to $300 million blitzing President Obama and supporting Republicans. Or he could donate to Crossroads GPS, a 501(c)(4) non-profit that doesn’t disclose its donors and runs a mix of so-called issue advocacy ads and pure political ads. In other words, there’s no shortage of Romney-friendly political players eager to take Foster Friess’ money.